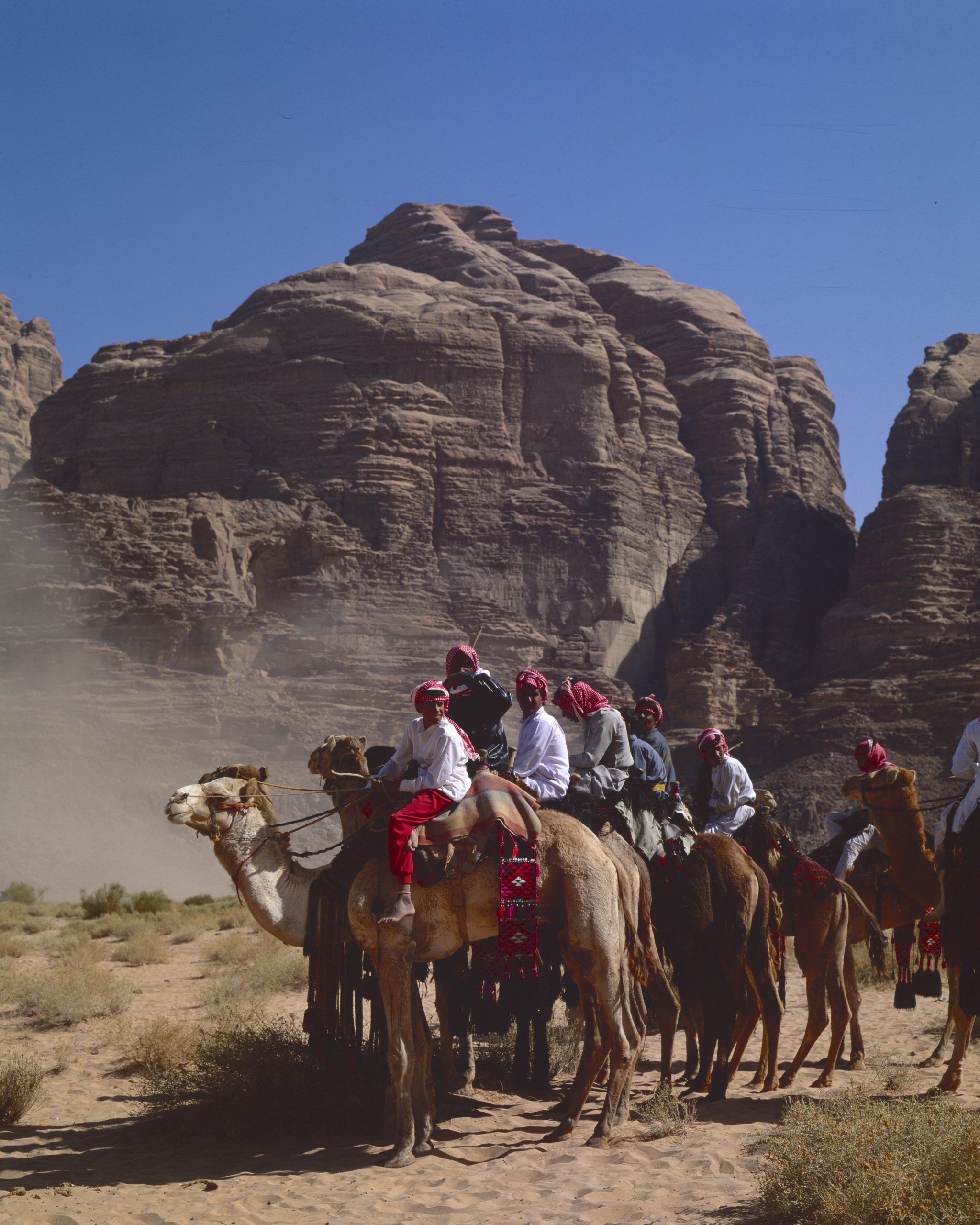 Jane Taylor collection
Jane Taylor, a published author famous for her photographs of Petra, donated a collection of over 7,000 photographs to ACOR in 2015. Jane Taylor’s collection captures pivotal moments during the last 30 years in the Arab region and Asia, featuring subjects spanning cultural heritage to social history.  In addition to extensive coverage of Jordan (including many aerial shots), the collection includes photography from Yemen, Iraq, Egypt, Turkey, Saudi Arabia, Iran, Pakistan, and Syria. Taylor’s collection also includes her work with UNICEF in the aftermath of the Gulf War in the 1990s. 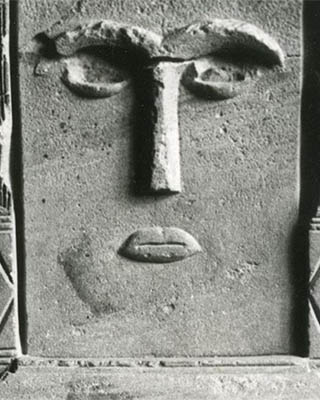 Rami Khouri collection
Rami Khouri is an Arab American journalist, editor, and political commentator. Khouri served as editor-in-chief of Jordan’s English-language daily, The Jordan Times, from 1975 to 1982 and again from 1987.  Khouri was the first director and is now a Senior Fellow of the Issam Fares Institute for Public Policy and International Affairs (IFI), and he is a professor at the American University of Beirut. The Rami Khouri collection features many archaeological and cultural heritage sites, as well as photo-journalistic documentation of daily life and events in the region from the 1970s to the early 2000s. Khouri’s collection includes 35mm slides, negatives and photographic prints, VHS and beta video cassettes, and printed materials. 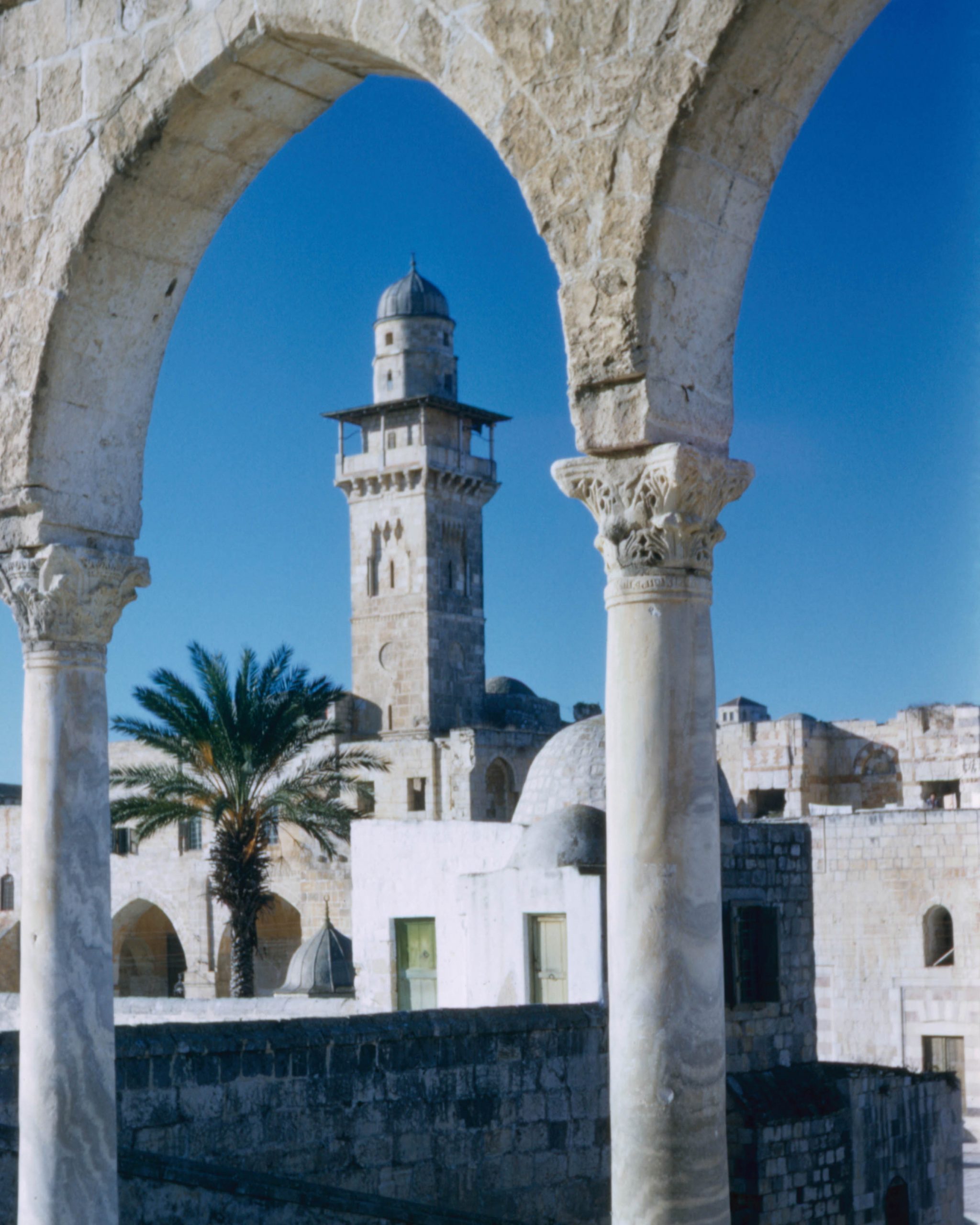 George Bass collection
George Bass is known to many in the archaeological world as the founding father of nautical archaeology. He was the director of the first archaeological expedition to entirely excavate an ancient shipwreck (Cape Gelydonia, 1960) and he also founded the Institute of Nautical Archaeology (INA) in 1973. The George Bass collection at ACOR includes photos from Jordan, the West Bank, Lebanon, and Syria, offering rare insight into famous heritage sites over half a century ago, as well as the impressions and escapades of Bass as a young man travelling through the region, shared through his letters. 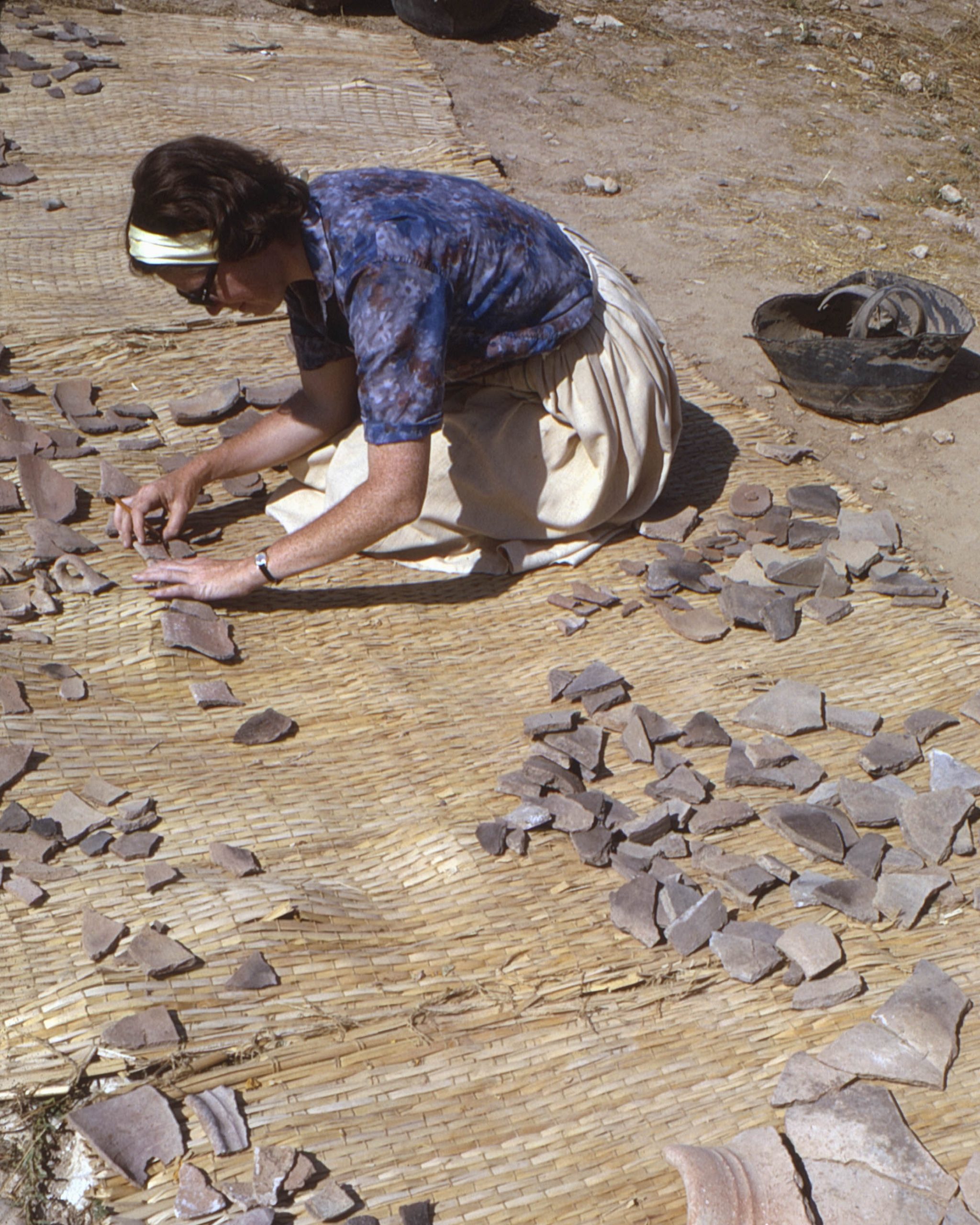 Paul and Nancy Lapp began their archaeological training together in Palestine in 1957 and remained in the region until 1968, living and working at the American School of Oriental Research (ASOR) in Jerusalem. After Paul’s death in 1970, Nancy Lapp dedicated herself to publishing their numerous excavation reports. Nancy Lapp is Curator Emerita of the Kelso Museum of Near Eastern Archaeology in Pittsburgh and a Trustee Emerita of the ACOR Board of Trustees. The Paul and Nancy Lapp collection is comprised of c.4,500 35mm slides taken between 1957–2002 and includes photographs of excavations throughout Jordan as well as images from their extensive travels in the region. 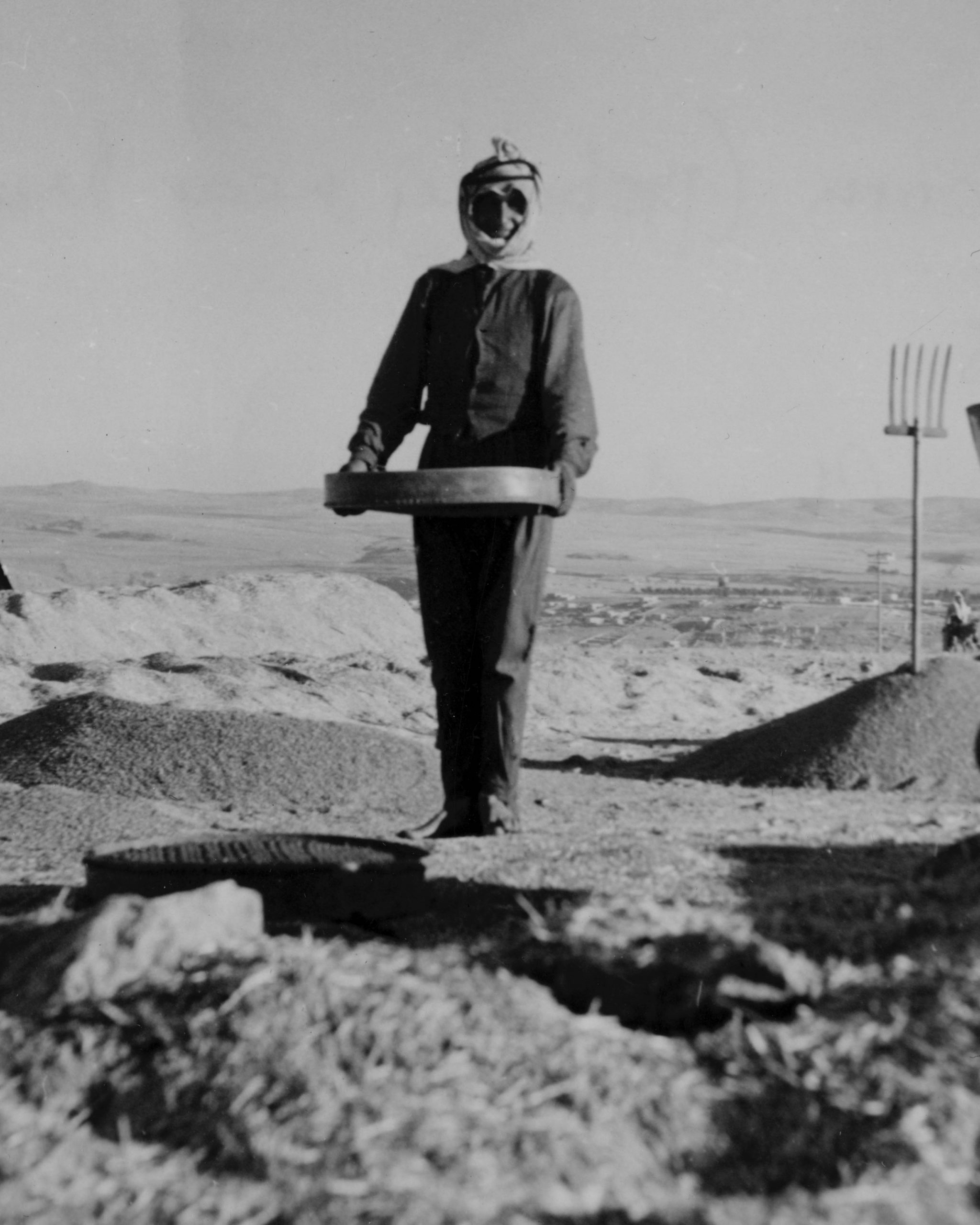 The Charles Wilson collection was donated to ACOR by Jane Taylor. The collection is made up of a series of print photographs taken between 1944-45 when Wilson was purchasing provisions for the British army. The photographs show agricultural processes, the transportation of wheat and straw by handcart and camel, and Jordan’s famous heritage sites including Petra’s monastery and royal tombs and Amman’s Roman Theater. 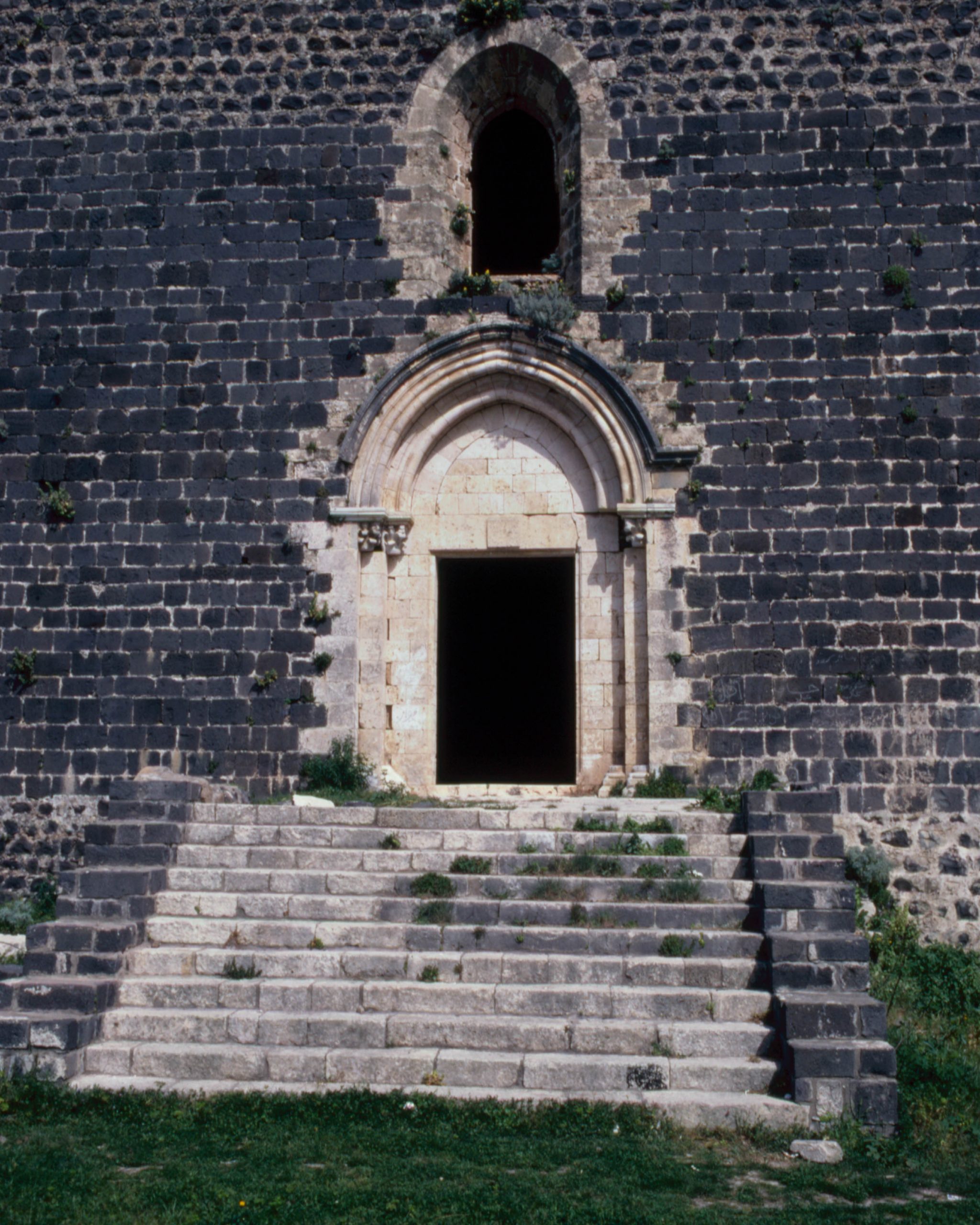 Linda K. Jacobs, published author and archaeologist, donated a photograph collection to ACOR which includes images of cultural heritage sites from the 1980s, now threatened by the unstable political situation. Jacobs spent a year living in Jordan working on an archaeological dig. Jacobs’ collection includes photographs from both Syria and Jordan. 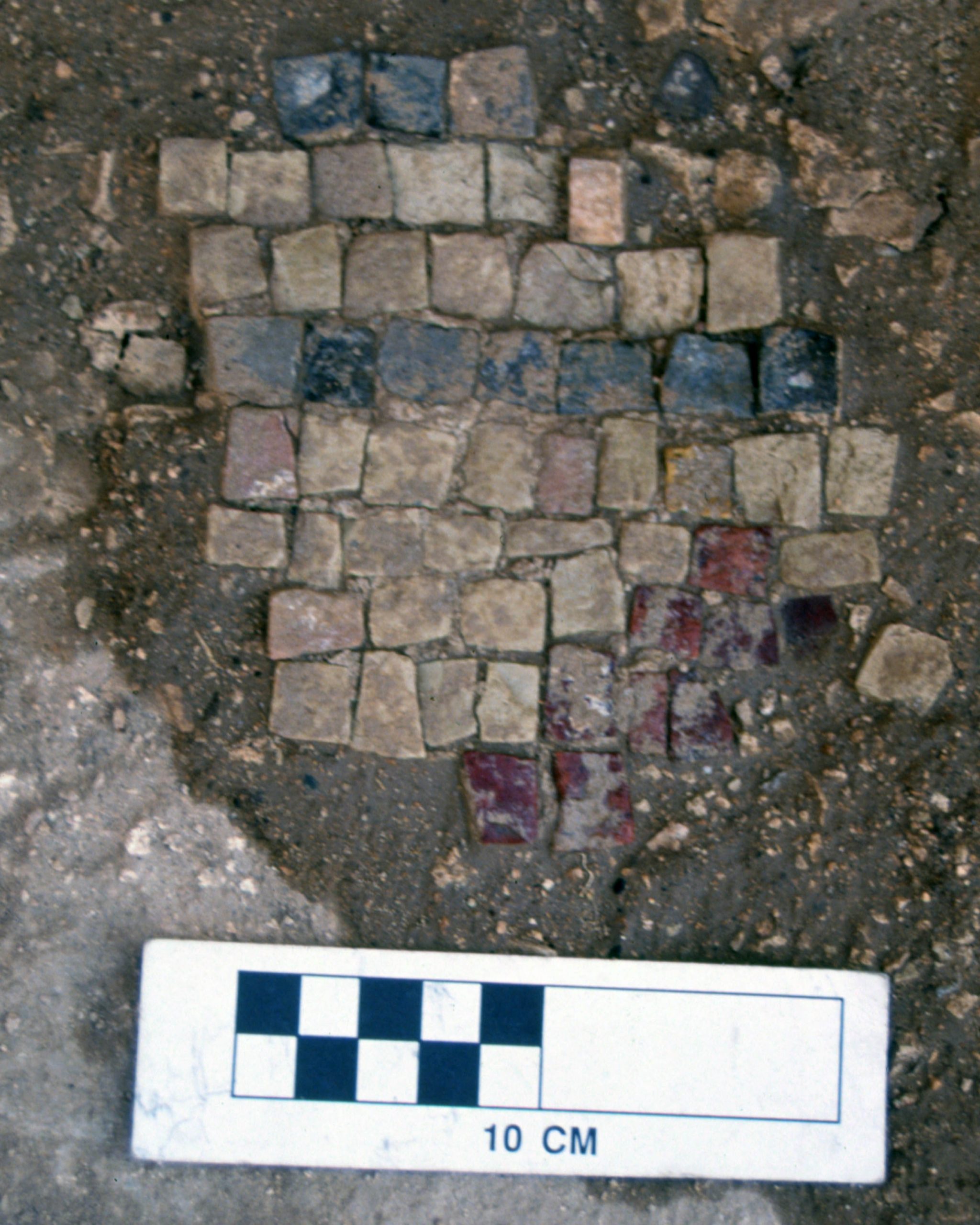 Dr. Robert Schick is an archaeologist and a historian of the Byzantine and Islamic periods with a special interest in the city of Jerusalem during the Islamic periods. He has worked on excavation projects in Jordan for many years. Schick is currently preparing the final report of an archaeological excavation from 1992-1993 of a Byzantine-Early Islamic building (the Burnt Palace) in Madaba. Robert Schick donated a small collection of 35mm slide photographs of archaeological sites in Jordan to ACOR in 2018. 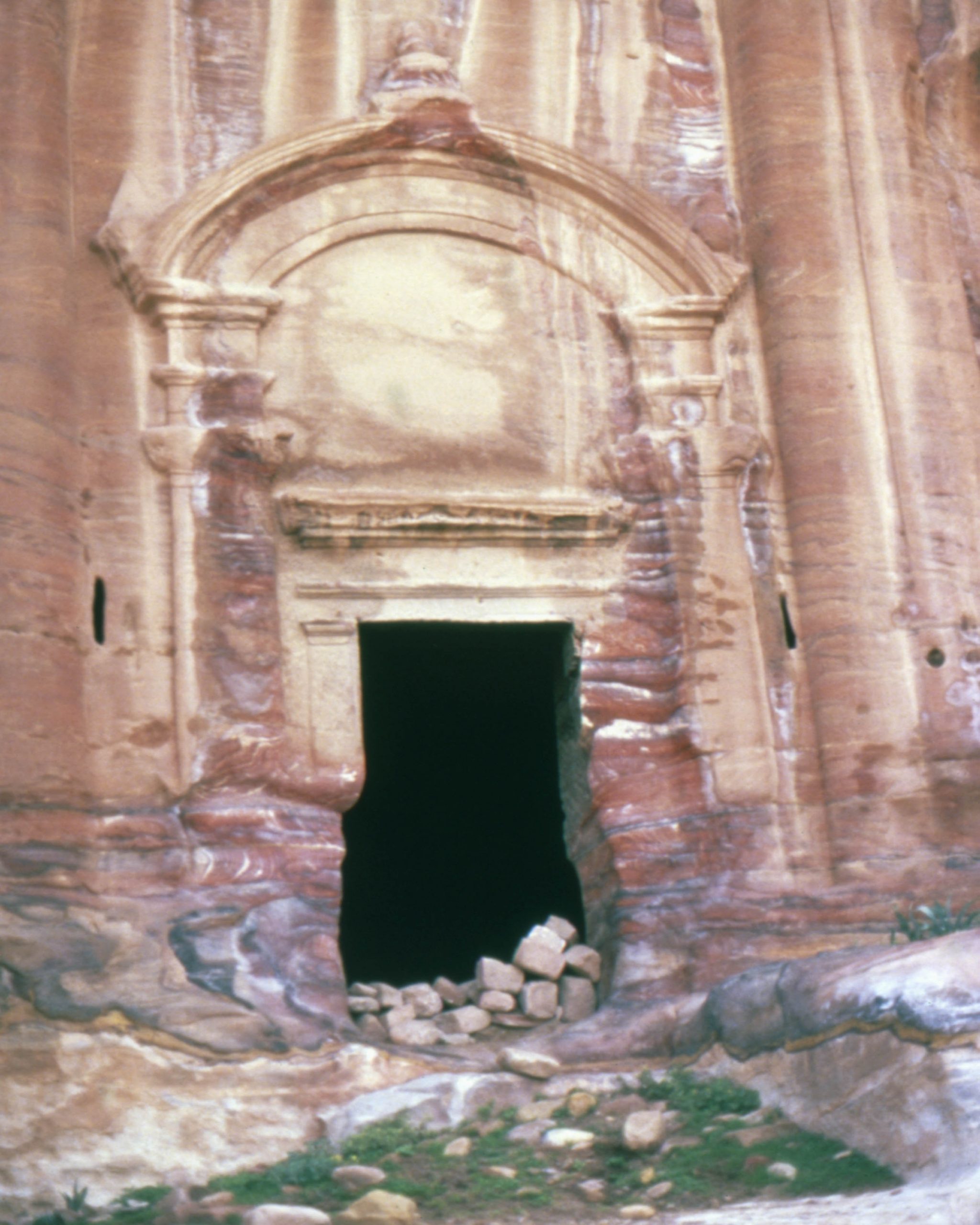 Bert de Vries was ACOR’s Director from 1988-91 and is now Director Emeritus. The Bert de Vries photo collection consists of 831 images from his time as Director. Bert’s long term project in Jordan has been at Umm el-Jimal, a site he first visited in 1968, later excavated in the 70s and 80s and still works with today. Umm el-Jimal is the well preserved ruin of a Late Antique basalt town in the Hauran of northern Jordan.  There are still 150 buildings at Umm el-Jimal, made from basalt blocks which were recycled from the ruins of earlier Nabataean and Roman structures. 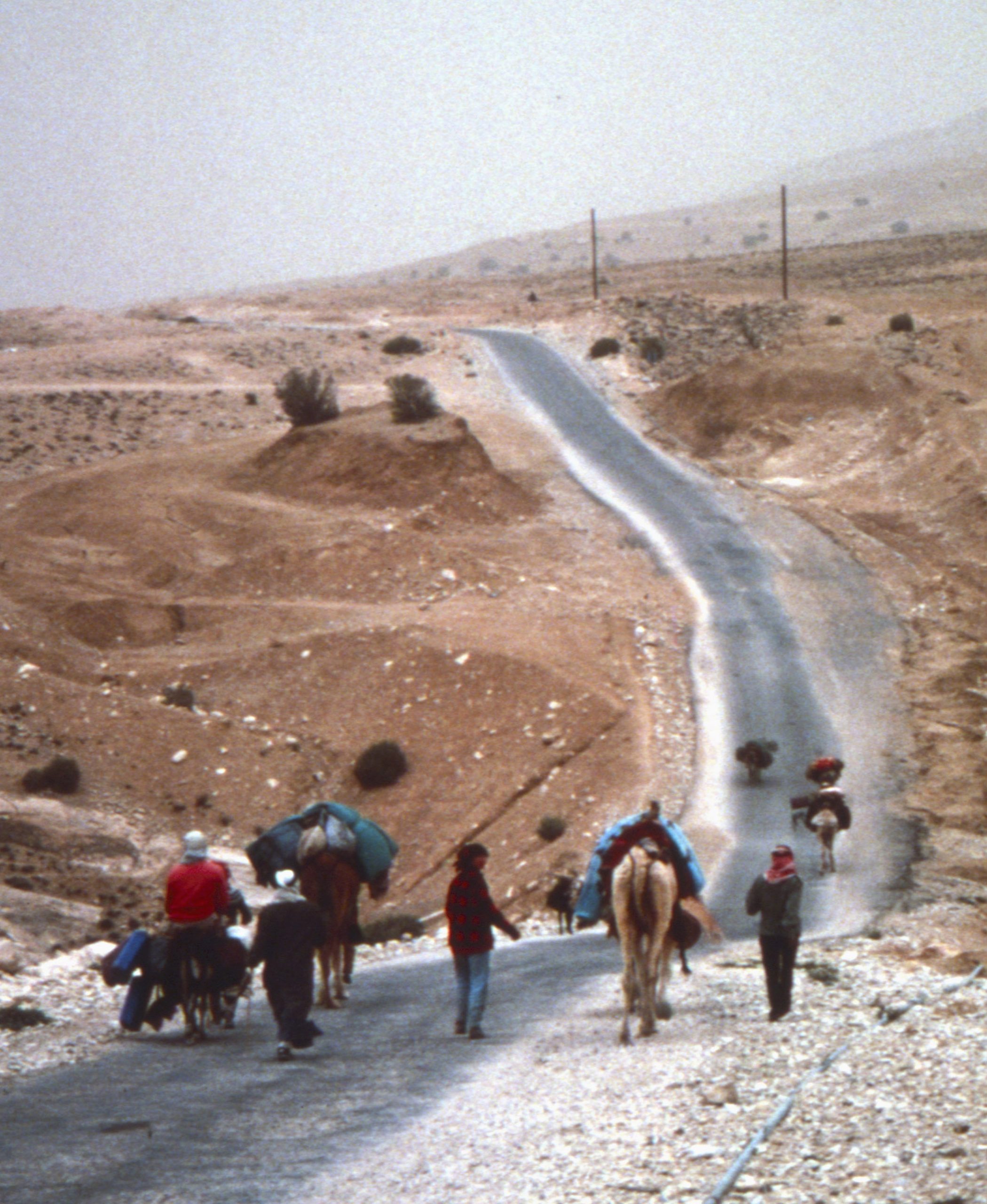 This collection, donated by the family of the late archaeologist and Petra expert Kenneth Russell (d. 1992), provides a specialist’s view of the broad range of archaeological sites and features found in the UNESCO World Heritage site of Petra and surrounding regions. It also features a small number of photographs taken at important archaeological and natural sites in Jordan and neighboring countries, including Palestine, Syria, Turkey, Lebanon, and Iran. Read also about the Kenneth W. Russell Memorial Fellowship at ACOR. 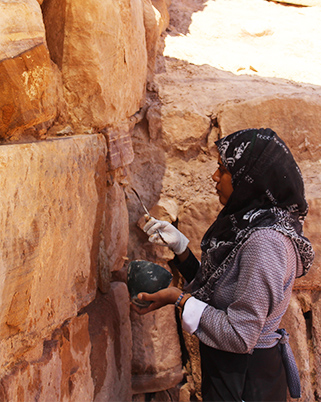 Currently comprising 4,710 images, the USAID SCHEP Collection documents the activities of ACOR’s USAID-funded Sustainable Cultural Heritage through Engagement of Local Communities Project (SCHEP) in the fields of awareness-raising, capacity-building, site development, tourism development, and special events. Currently the collection includes born-digital photographs taken between 2014 and 2018, and photographs from later years of the project will be added over time. The collection features fully bilingual (Arabic and English) descriptive metadata. 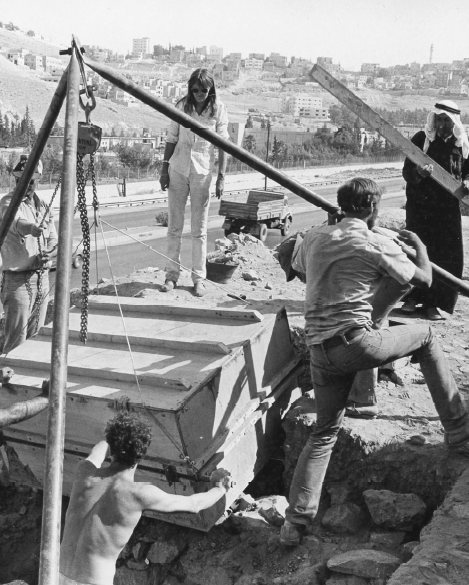 Estimated at nearly 3,000 images, Brian Byrd’s photographs were taken during archaeological fieldwork and visiting archaeological sites in Jordan between 1982-1989 when Byrd was doing doctoral research on the Natufian and post-doctoral research on the Neolithic Village of Beidha (with Diana Kirkbride) and the Azraq Basin Prehistoric and Paleoenvironmental Project (with Andrew Garrard). 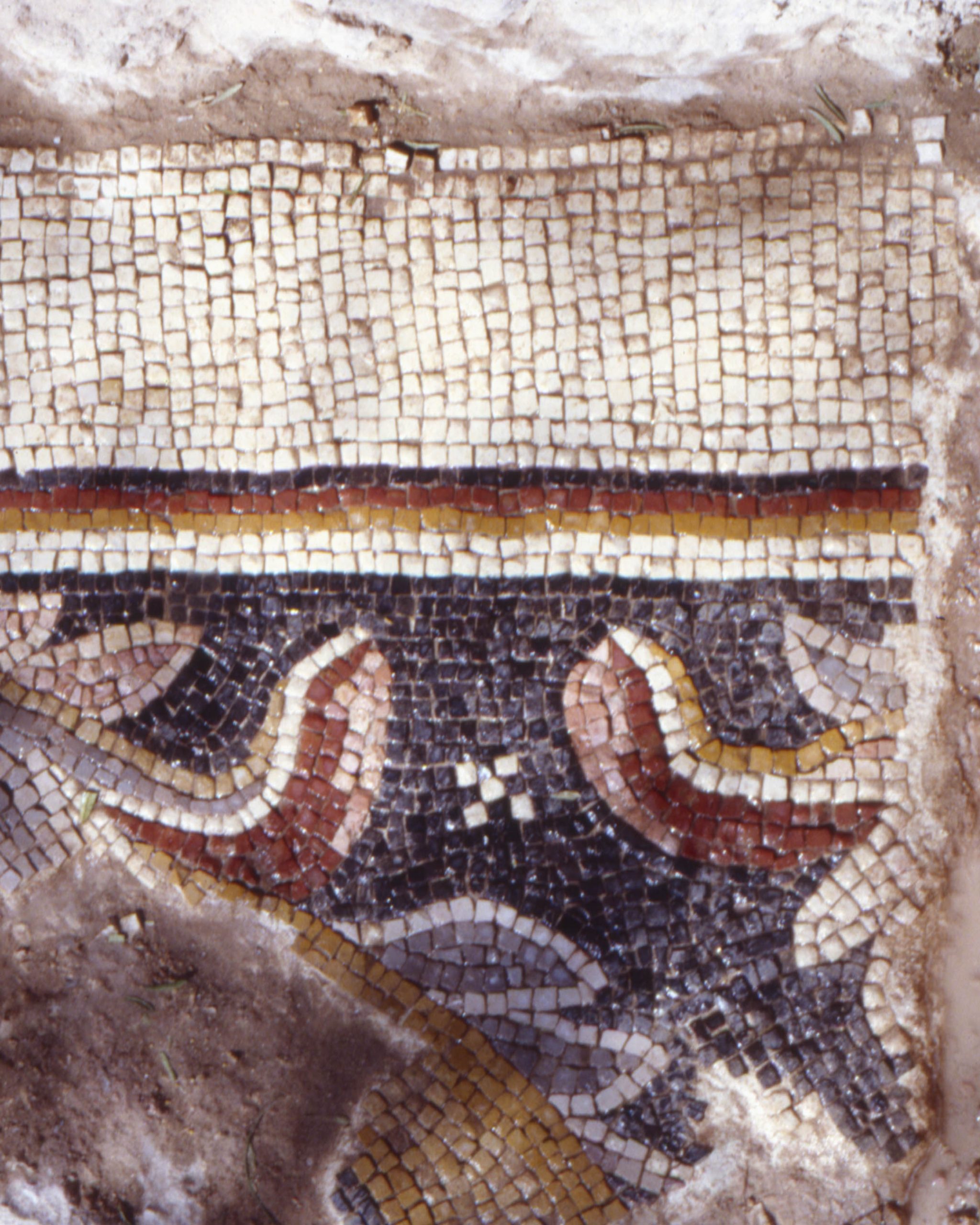 Pierre Bikai served as ACOR’s Director from 1991 to 2006 and his photographic collection contains images from the Roman farmstead Khirbet Salameh in Amman, and an ACOR led excavation at Darat al Funun in Amman. 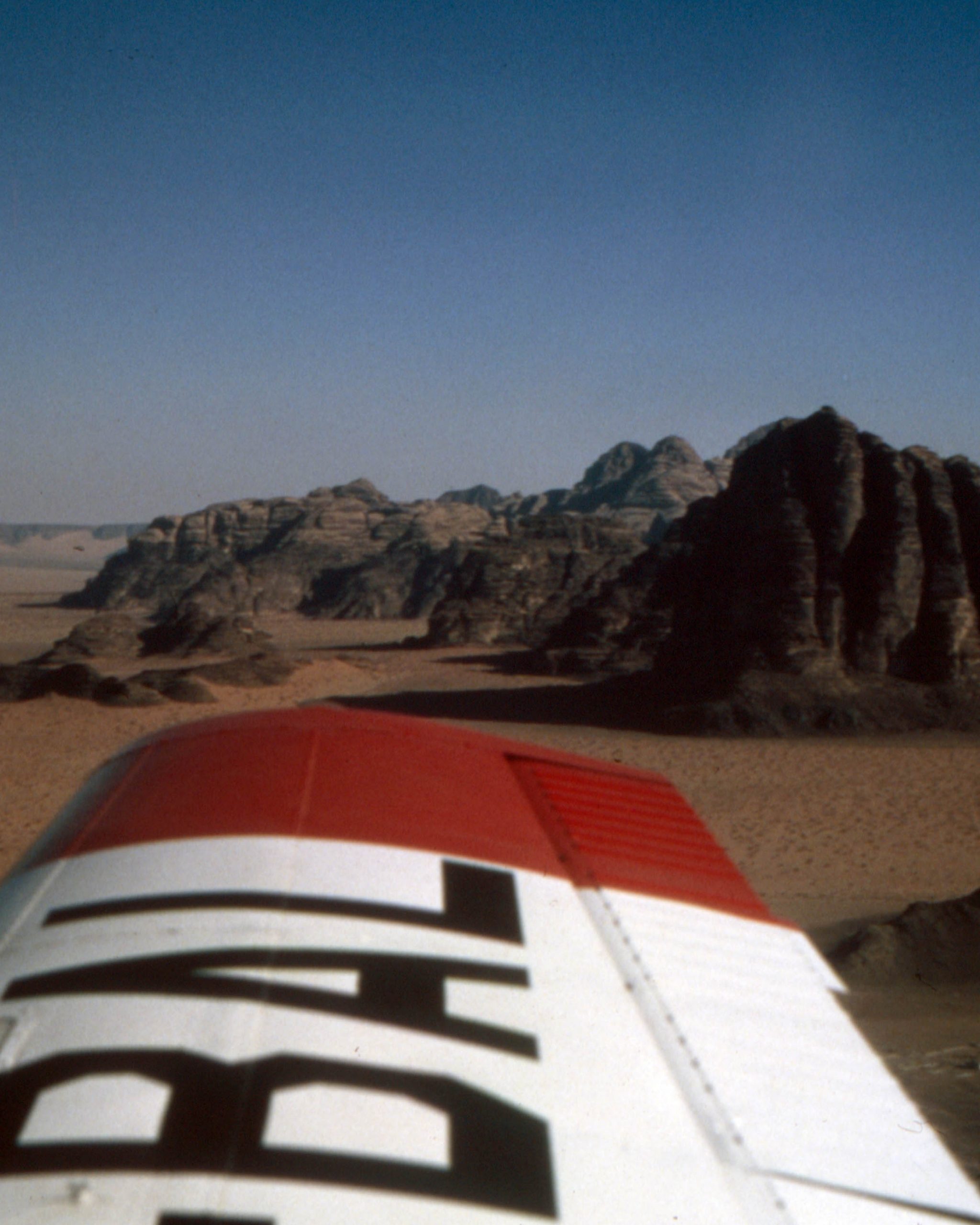 James Sauer was ACOR’s Director from 1975 to 1981 and his photographic collection contains nearly 500 images, including many aerial photographs, images of coins, pottery, and inscriptions, and numerous archaeological sites in Jordan. 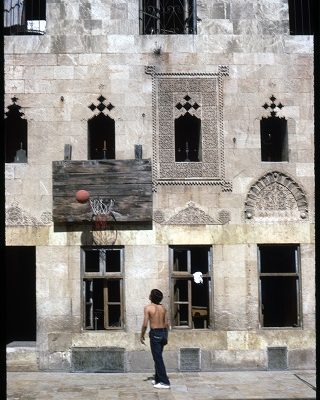 Containing around 13,000 35mm slides, the Barbara A. Porter Collection documents archaeological sites, architecture, and daily life through the Middle East from the 1970s to early 2000s. Barbara A. Porter served as the Director of the American Center from 2006-2020 and is currently an ACOR Ambassador. 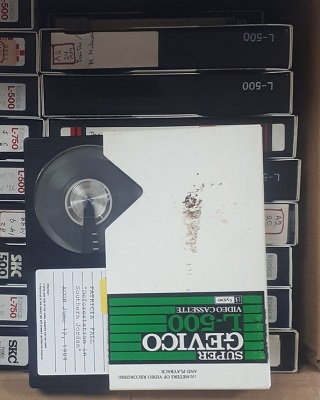 Comprised of audio and video recordings related to ACOR lectures as well as promotional materials for the center. A complete list of recordings currently available online is available here.

Prof. S. Thomas Parker, a giant in the field of Cl

The next issue of our newsletter (33.1) is now ava

Every Thursday this fall, we are excited to be

In 1971, three years after the center’s founding