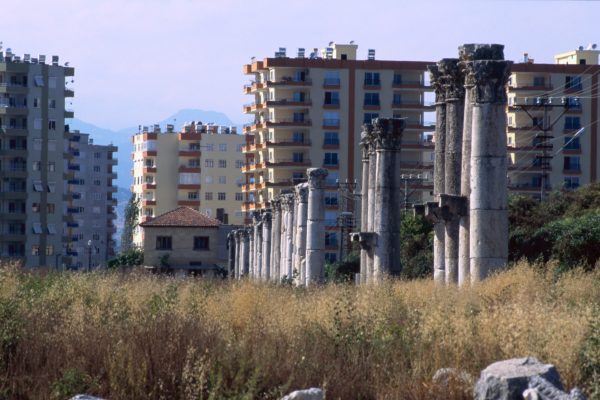 Thirty years of stories retold: Celebrating the digitization of the Jane Taylor collection at ACOR

Major changes have occurred in the archaeological, natural and social landscapes of the Arab region from mid-1970s to the present day. Jane Taylor’s collection has captured pivotal moments during these changes, and their recent re-presentation online, in an accessible, public format, allows for these stories to be retold using visual primary resources. The Jane Taylor collection housed at ACOR features 7,000 photos of cultural heritage sites, landscapes, events, architecture and people in countries throughout the region and Asia, spanning more than 30 years. Taylor lived in Amman from 1989 to 2015, and wrote and photographed Jordan prolifically. Taylor’s collection also includes photography from across the region, including images from Yemen, Iraq, Saudi Arabia, Syria, Egypt, Iran, Lebanon, Turkey, and Pakistan.

Taylor’s collection, donated to ACOR in 2017, has been digitized over the past year thanks to the ACOR Photo Archive project supported by a Title VI grant from the US Department of Education (2016). The project focuses on the potential of the photographs as objects themselves, as pieces of cultural and community heritage, as well as the sites they depict, to serve as records in an era where the changing borders of states and cities have threatened – and in some cases obliterated – heritage. I refer to cultural heritage or community heritage here informed by Shatha Abu-Khafajah, (2014) who advocates for the use of ‘community heritage’ rather than ‘community archaeology’ within the post-colonial context of Jordan. Abu-Khafajah brings to light the connotations of foreign interventions and the British mandate that the Arabic translation of ‘archaeology’ (athar) holds, in contrast to the connotations of ‘heritage’ (turath), used to refer to things that shape individual and collective identities. The ACOR Photo archive aspires to represent a multitude of sites, subjects and time periods from across the region together on a level playing field. This may encourage research into alternative narratives about Jordan and the region, contributing to a more diverse production of knowledge from a wider variety of actors. The ACOR Photo Archive project is making Jane Taylor’s images accessible to the public online, searchable in English and Arabic, making it possible to link images of history back to the communities that they came from.

Taylor’s varied collection provides an excellent starting point for such plurality of interpretations. In her writing, Taylor choses subjects that are aesthetically stunning which also have compelling narratives, preferring to tell the ‘fascinating’ story of a place, avoiding the rather dry-sounding ‘history’ of it. (Hear more on this podcast).

Whilst Taylor’s photographs by no means provide a complete record of 30 years of history across the region, they do offer a plurality of (hi)stories latent with possibilities for re-telling. Taylor’s photographs offer rare – and sometimes bird’s-eye – views of previous decades. These sometimes focus on areas of national pride offering stunning portrayals of known tourist attractions. Sometimes the images end up ensuring a place for traces of working peoples’ histories within the archive, validating their place in history. In this way Taylor’s collection represents community heritage.

This photo essay will showcase but a fraction of the archaeological, art historical, and anthropological knowledge distilled in Taylor’s visual bibliography. The rest can be found by searching the archive here.

Taylor spent more than a quarter century working in Jordan, and as her specialty, its cultural heritage plays a large role in ACOR’s collection of her work. For example, Taylor’s photos of the mid-8th century frescoes at Qusayr ‘Amrah, in Jordan’s Eastern desert, provide stark contrast with the bright frescoes today, after the intervention of a  lengthy conservation process initiated by the World Monuments Fund in 2008. 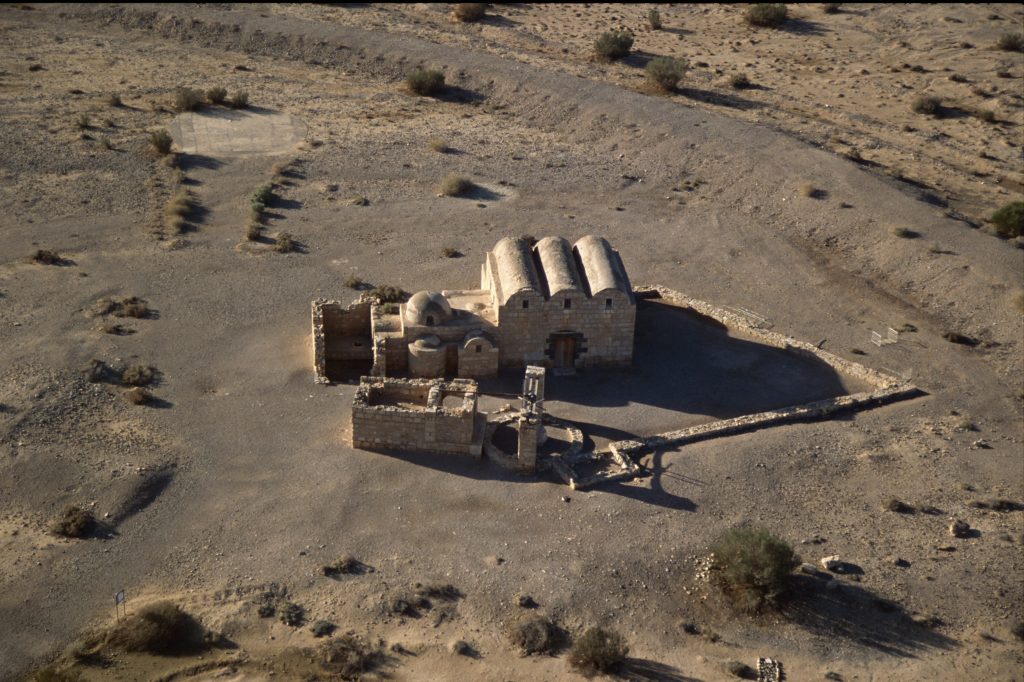 Taylor (2005) tells the ‘story’ of Qusayr ‘Amrah, as a meeting place used by the Umayyad caliphs for sustaining connections with the bedouin tribes of the desert, on whose support they depended (p.80). Qusayr ‘Amrah’s main features are an audience hall of three barrel-vaults, a bathhouse with under-floor hypocaust heating, and a well-house complete with a mechanism for raising water. Taylor highlights Qusayr ‘Amrah’s extraordinary frescoes depicting, in ‘joyous naturalism’, diverse subjects including: hunting scenes, musicians, dancers, women and children bathing; ‘the earliest known representation of the night sky in the round’ and the Byzantine and Sassanian Emperors, the Visigoth King of Spain, and the Emperor of China apparently paying homage to an Umayyad Caliph (Taylor: 2005). 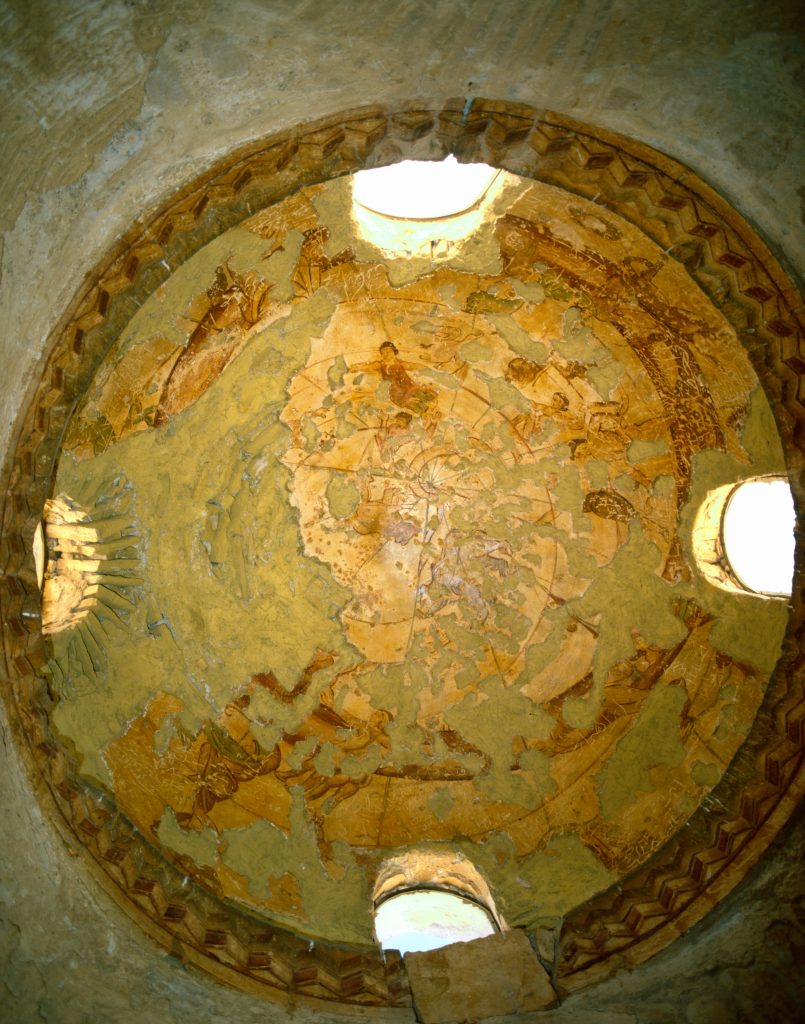 When Taylor was writing this work, and taking the associated photographs, the identity of the Umayyad caliph was unknown. An inscription found in the spring of 2012, ‘revealed that the building was commissioned by Walid Ibn Yazid sometime between A.D. 723 and 743 before his short reign as caliph (A.D. 743-44)’ (WMF). 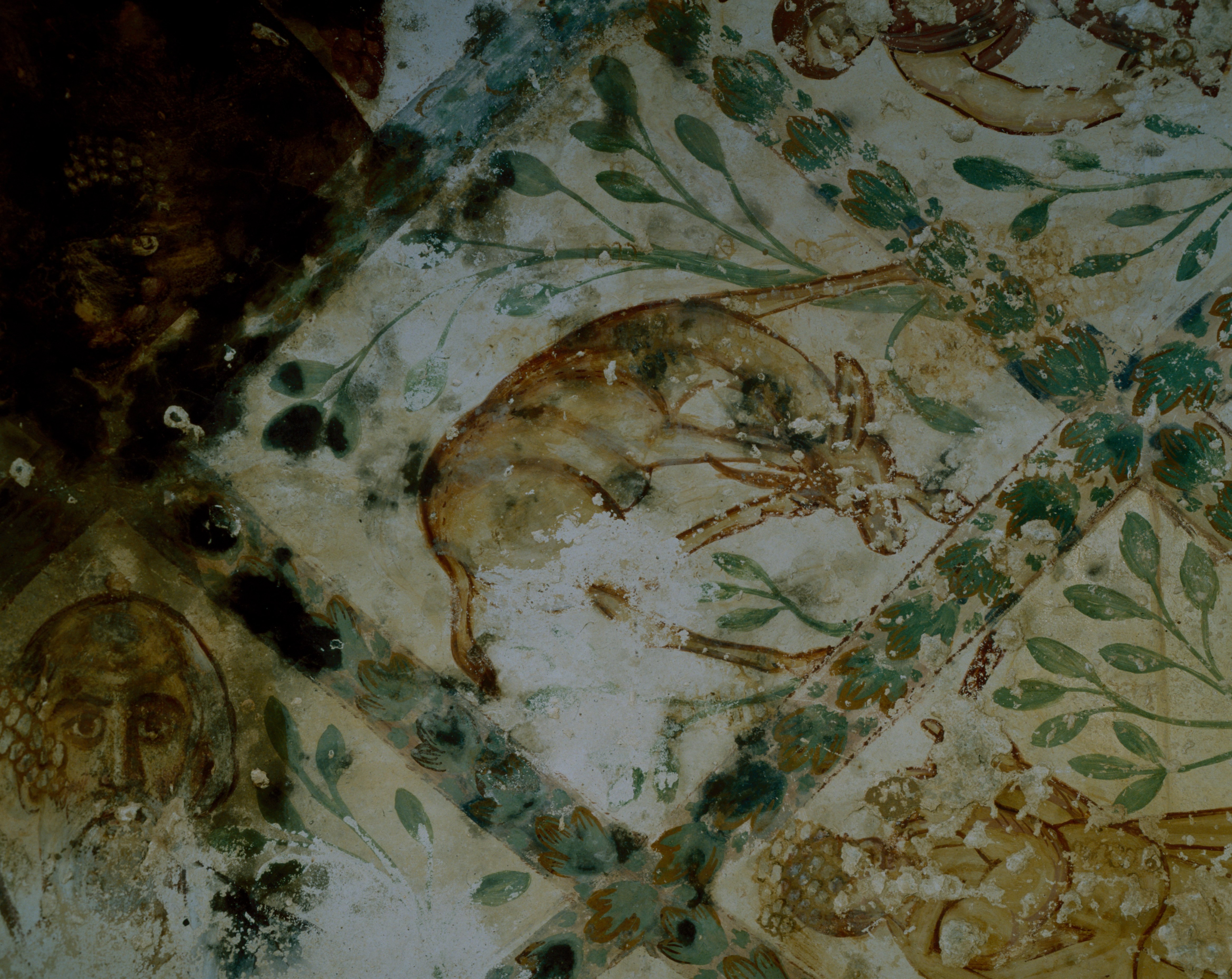 Qusayr ‘Amrah, mid-8th century fresco of a gazelle in vault of Apodyterium, 2004, Jane Taylor, courtesy of the ACOR Photo Archive. 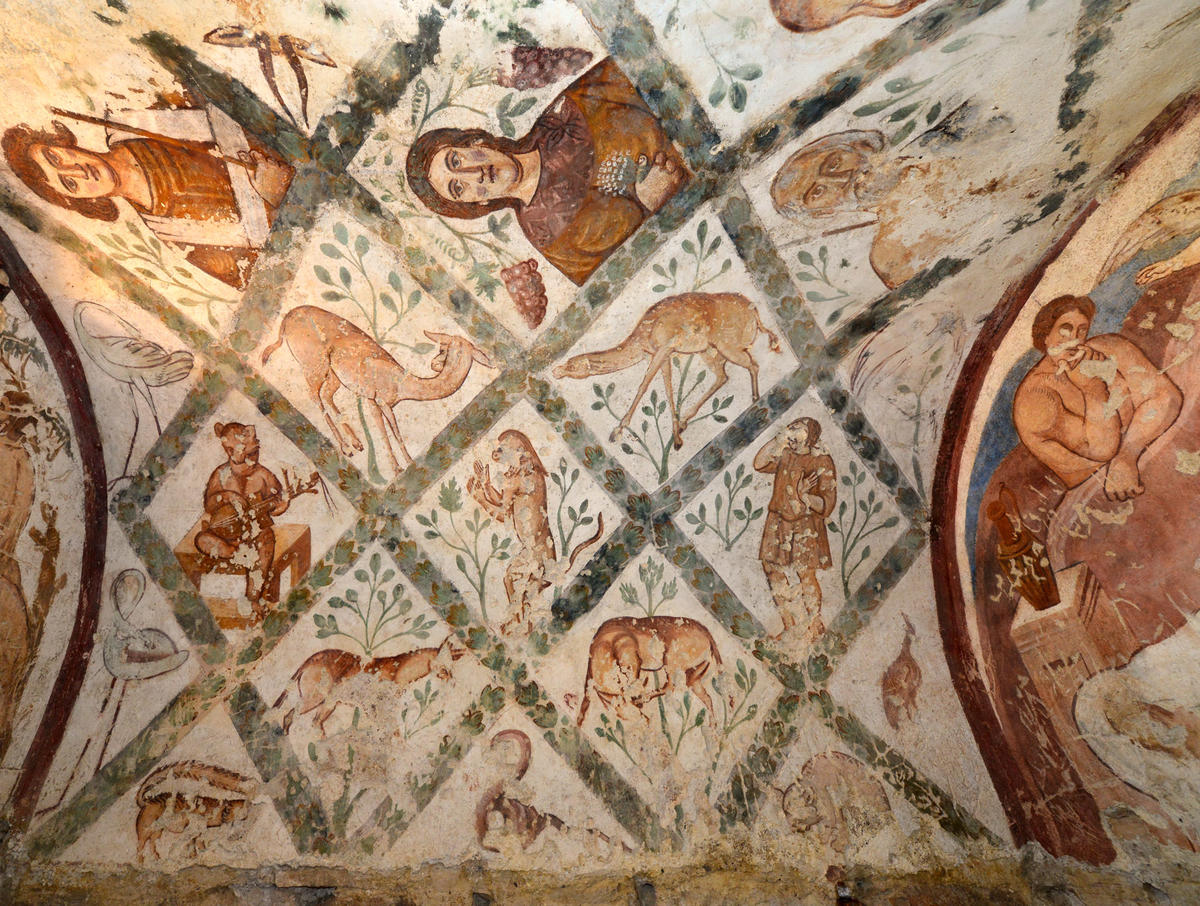 Further afield, Taylor’s photographs capture stunning Islamic art in Iran and Pakistan, as well as the people who have painstakingly conserved it. 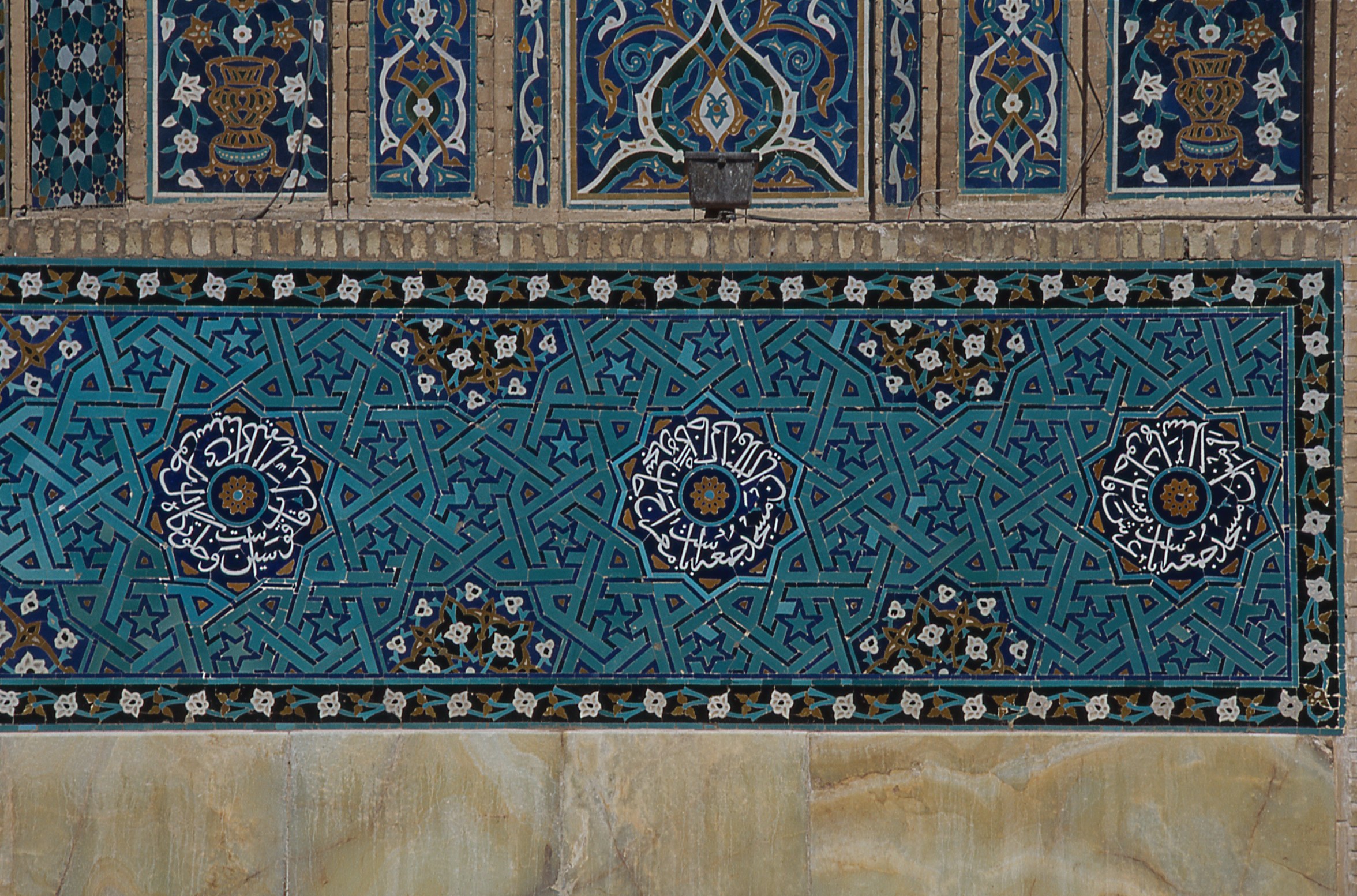 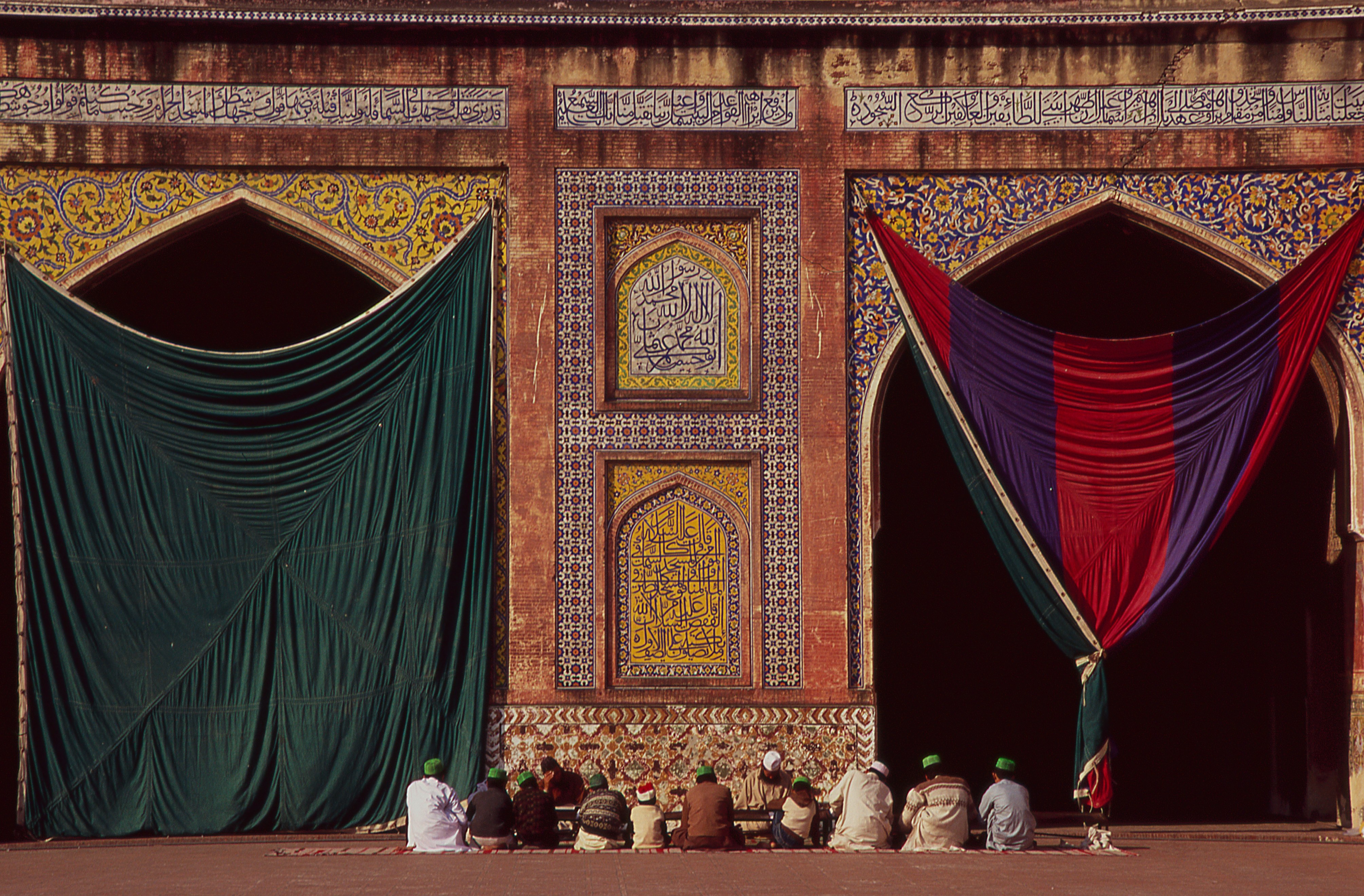 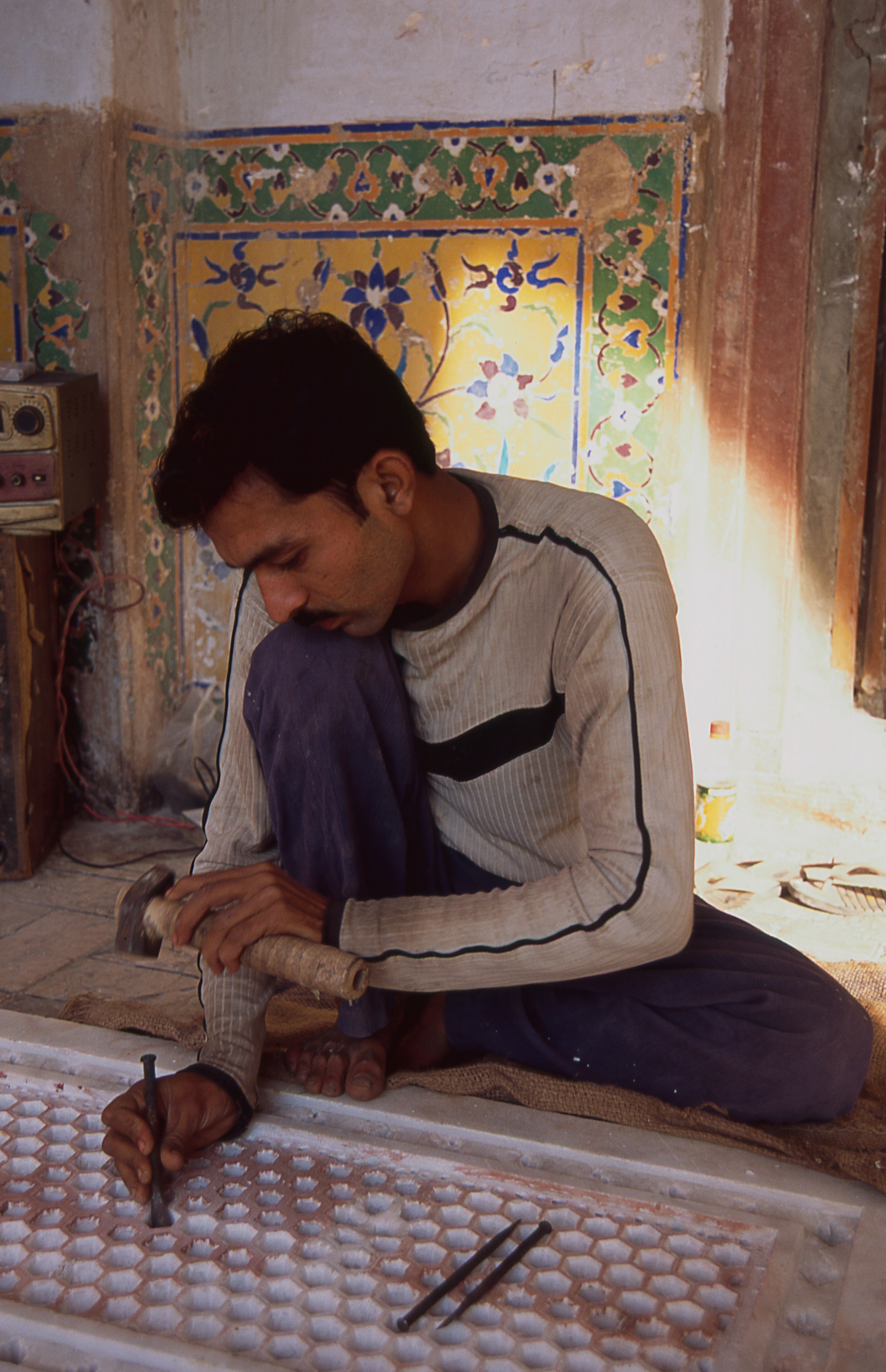 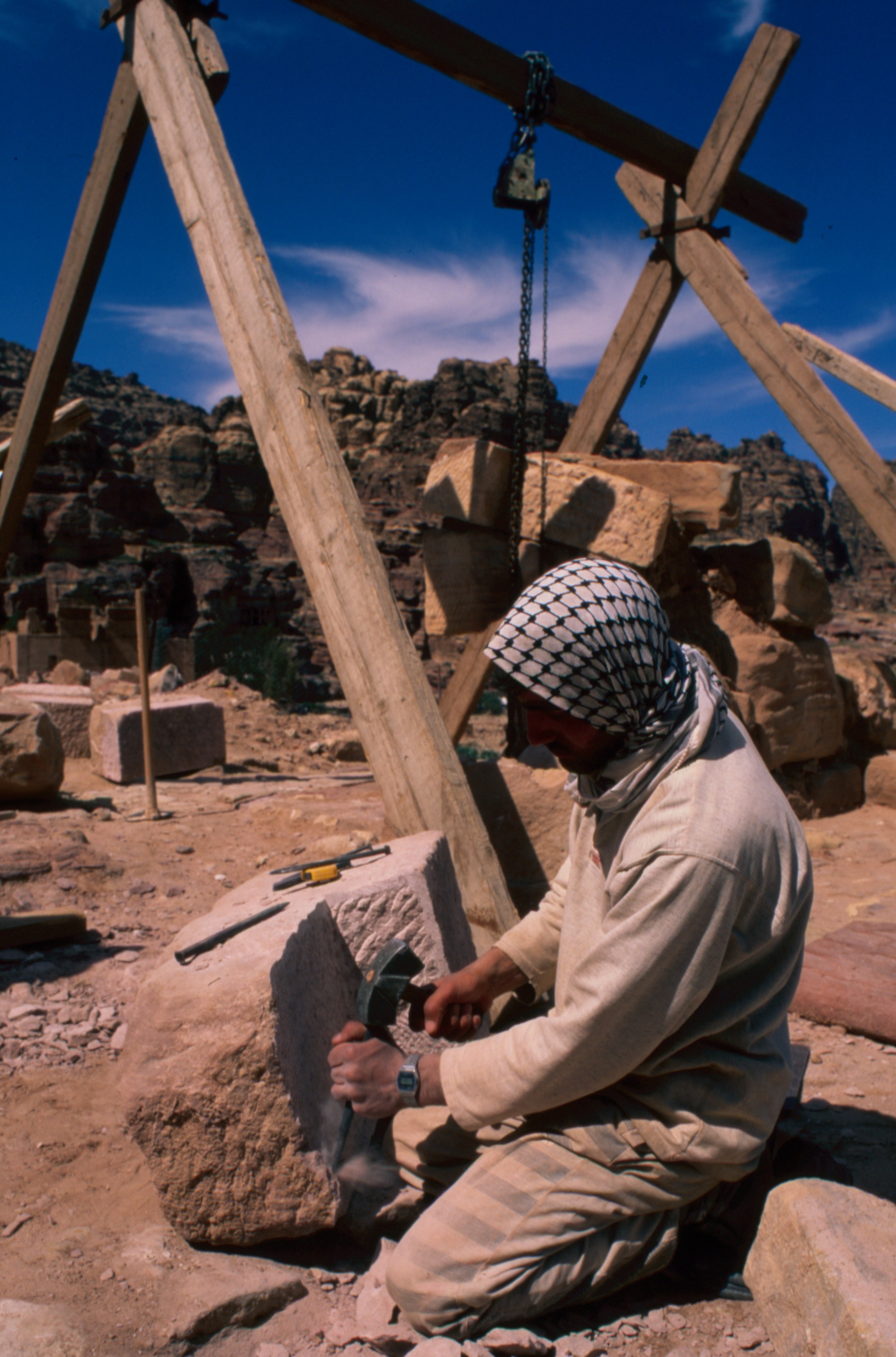 Taylor’s photographs of Petra, and her works on the subject, Petra and Petra and the Lost Kingdom of the Nabataeans earnt much well-deserved recognition of a great achievement. The ACOR Photo Archive has more than 1000 photographs of Petra and the surrounding region featuring not just the monumental Nabataean city, but the traditions of the people that still live in the area, including an important collection on the social and traditional craft history of the Bdoul (or Bedoul) Bedouin. 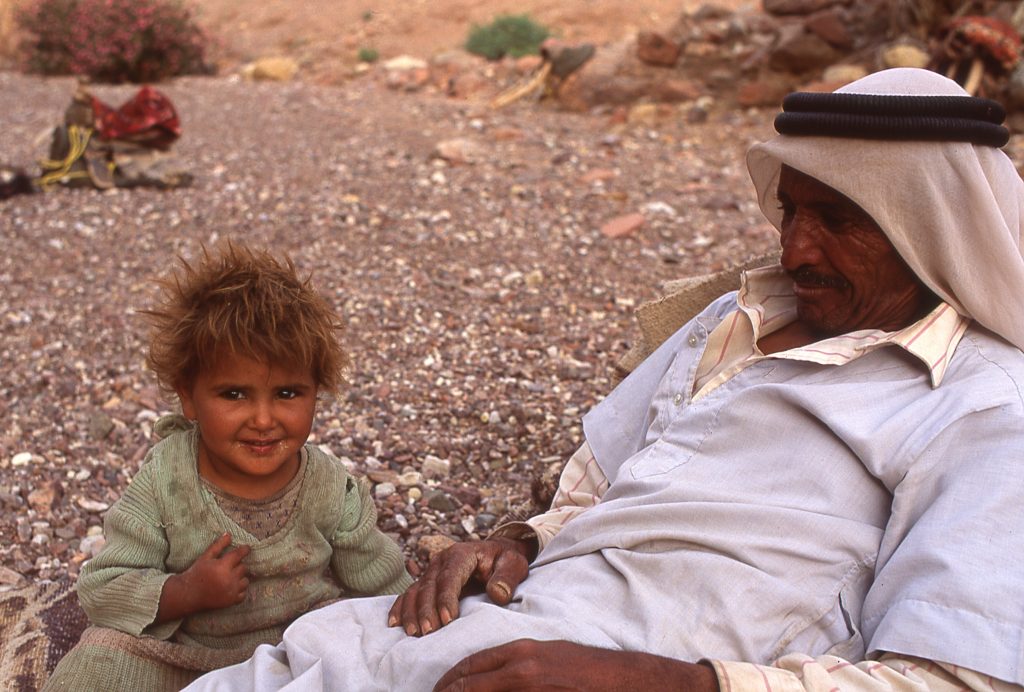 Taylor’s photographs often show the juxtaposition of modern and ancient architectural elements, as can be seen in Lebanon, where the Temple of Venus stands next to the modern buildings of Baalbek. Taylor’s photographs do not idealize ancient monuments and ruins, but show them authentically brushing shoulders with modern development. Taylor’s photos show community heritage as part of the modern living and working spaces of local communities. 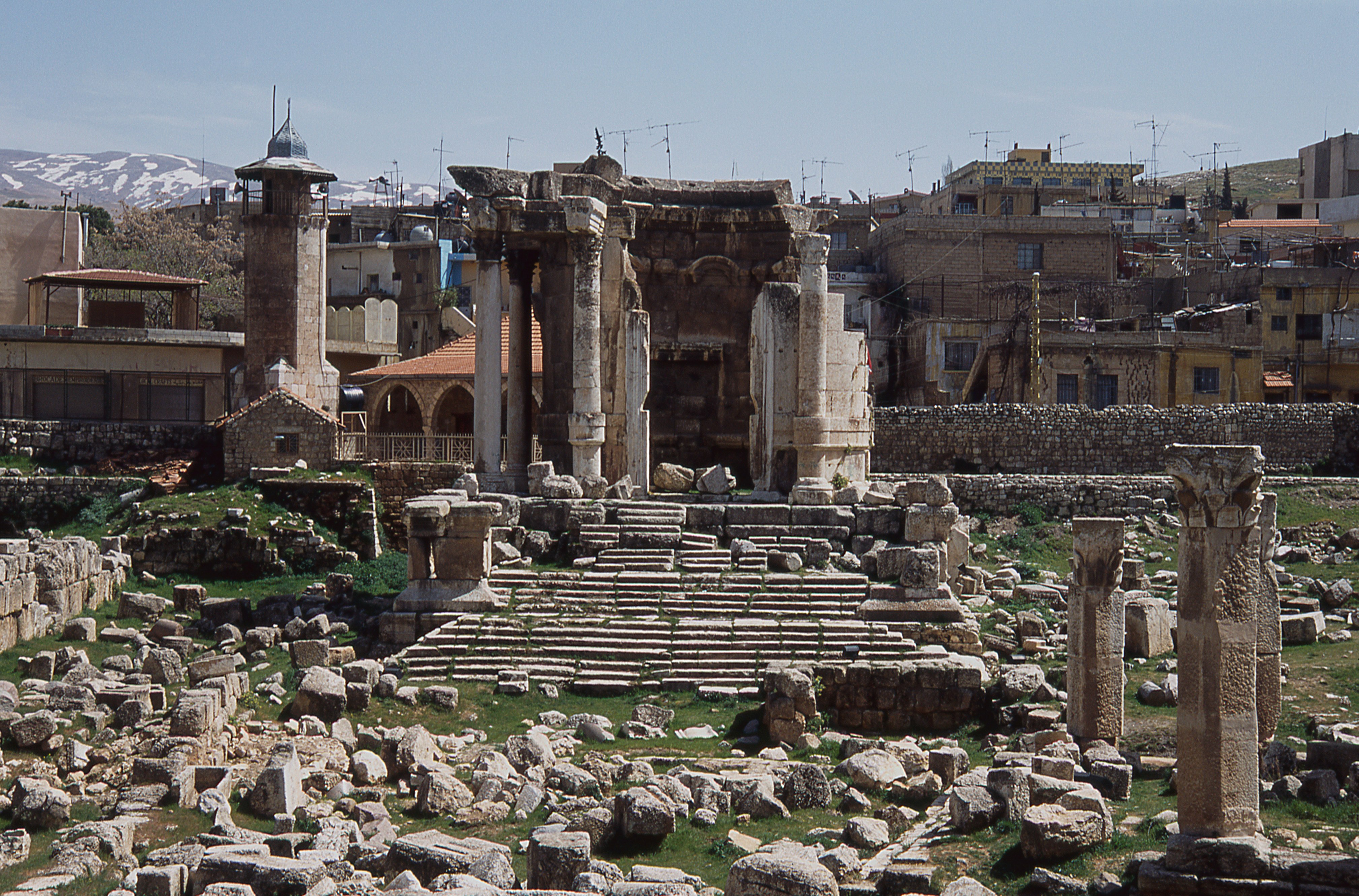 In Turkey, a unique composition can be found where the colonnaded street of ancient Pompeiopolis joins the vista of the modern day city of Viranşehir, Turkey. 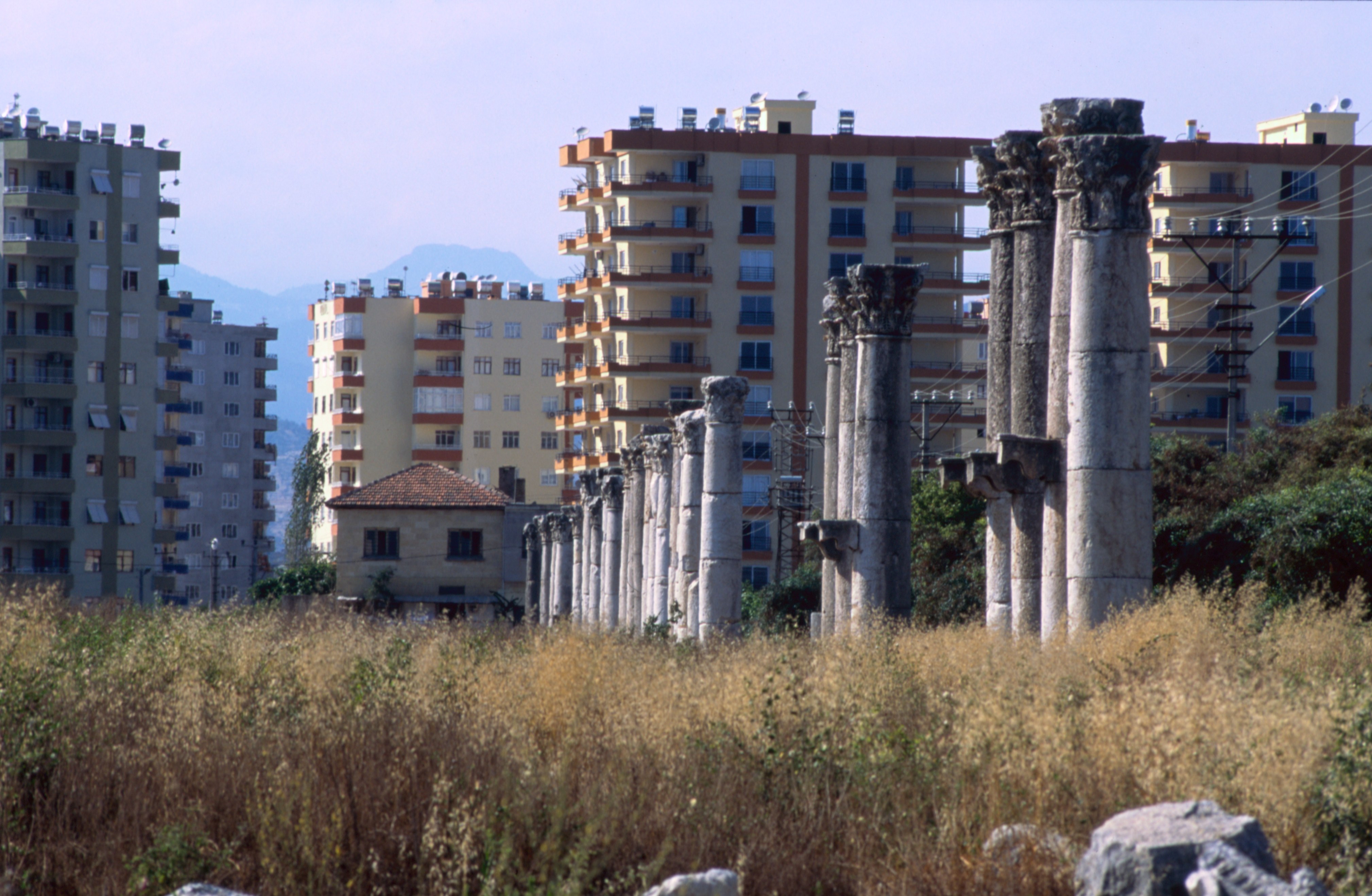 Taylor’s essay with Christopher Tuttle, in Humberto da Silveira’s Hegra, about the area of Mada’in Saleh [the cities of Saleh] ancient northwest Saudi Arabia paints a picture of the social lives of those who lived there and built its distinctive funerary monuments. 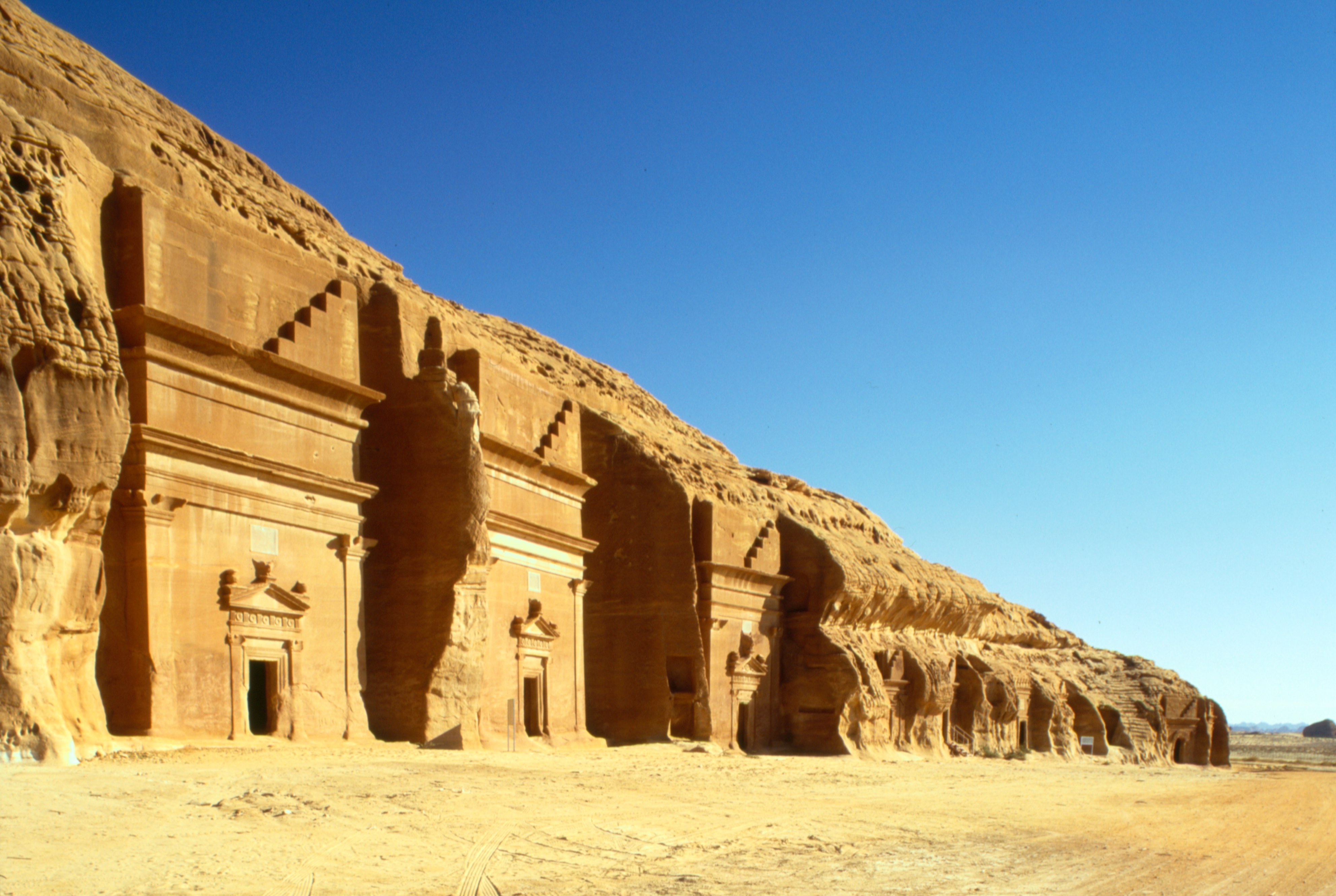 The trade route known as the Incense Road, the focus of a travelling exhibition currently on show at the Louvre Abu Dhabi, ran through the Nabataean Arabian settlement of Hegra (Al-Hijr), which flourished due to a profitable trade in myrrh and frankincense. Trade enabled the Nabateans of Hegra to build the impressive monuments pictured here 2000 years ago, allowing its civilians and soldiers to be buried in as lavish style as they could afford (Taylor and Tuttle, 2013). One of the earliest tombs, dated 1 B.C.E., was commissioned by “Kamkan daughter of Wa’ilat daughter of Haramu, and Kulaybat her daughter”, who traced their descent through the matrilineal line, and threatened those who dared to disrespect the ‘eternal rest of the tomb’s occupants with curses from the goddesses and fines to the exorcist-priest’ (Taylor and Tuttle, 2013).

With aesthetics strikingly similar to the Nabatean city of Petra in modern day Jordan, Taylor highlights features such as the ‘bold Assyrian crowstep design’, seen above and in Tomb 100 below (Taylor and Tuttle, 2013). 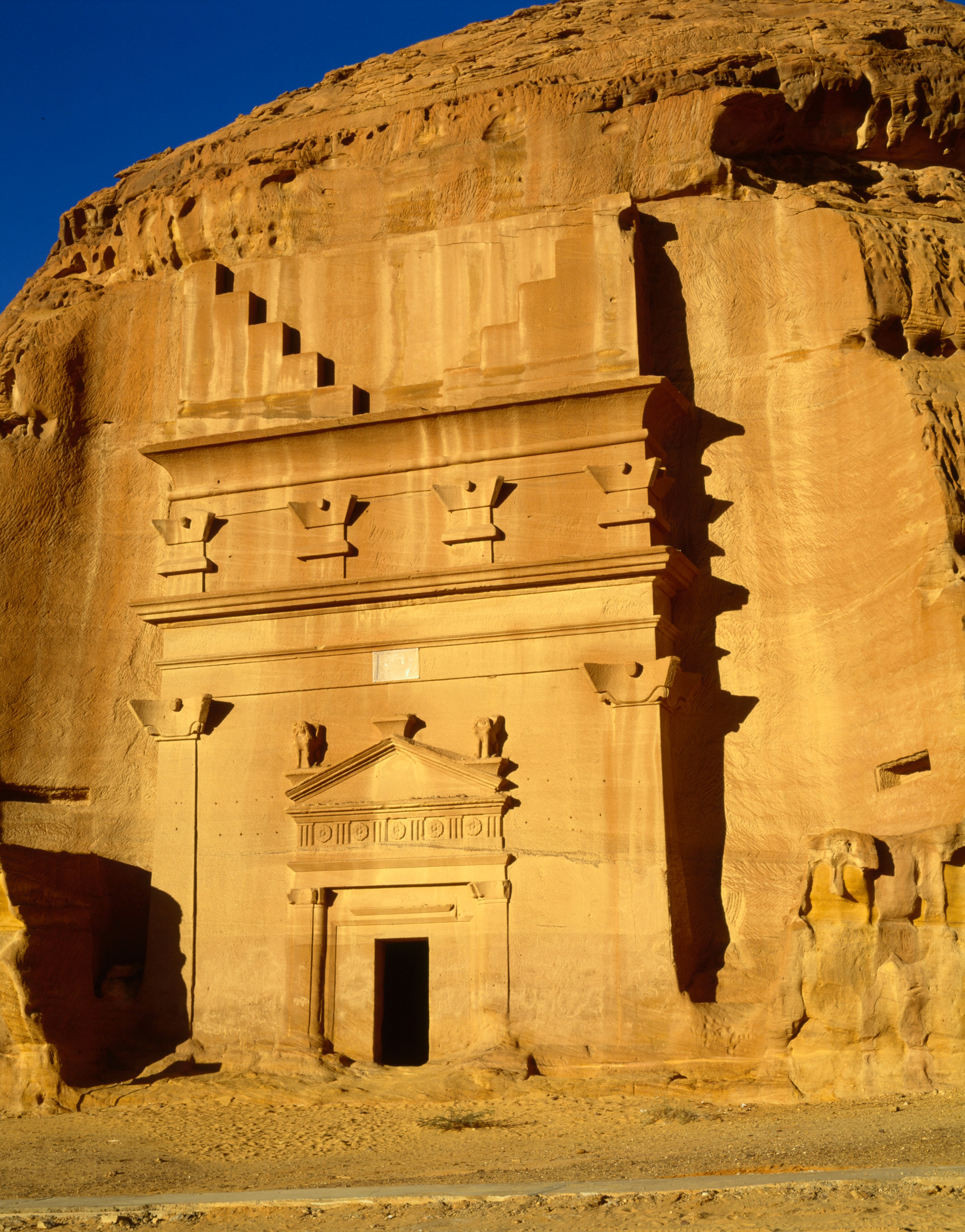 Taylor and Tuttle share so much information about the owner and commissioner of this tomb (100) because of the inscriptions that are prolific in Hegra including even the master-mason’s names, carved into the designs. Protection would also appear to be implied by the representation of sphinxes: ‘fearsome creatures particularly suited to guarding the marginal realm between the living and the dead’ (Taylor and Tuttle, 2013). 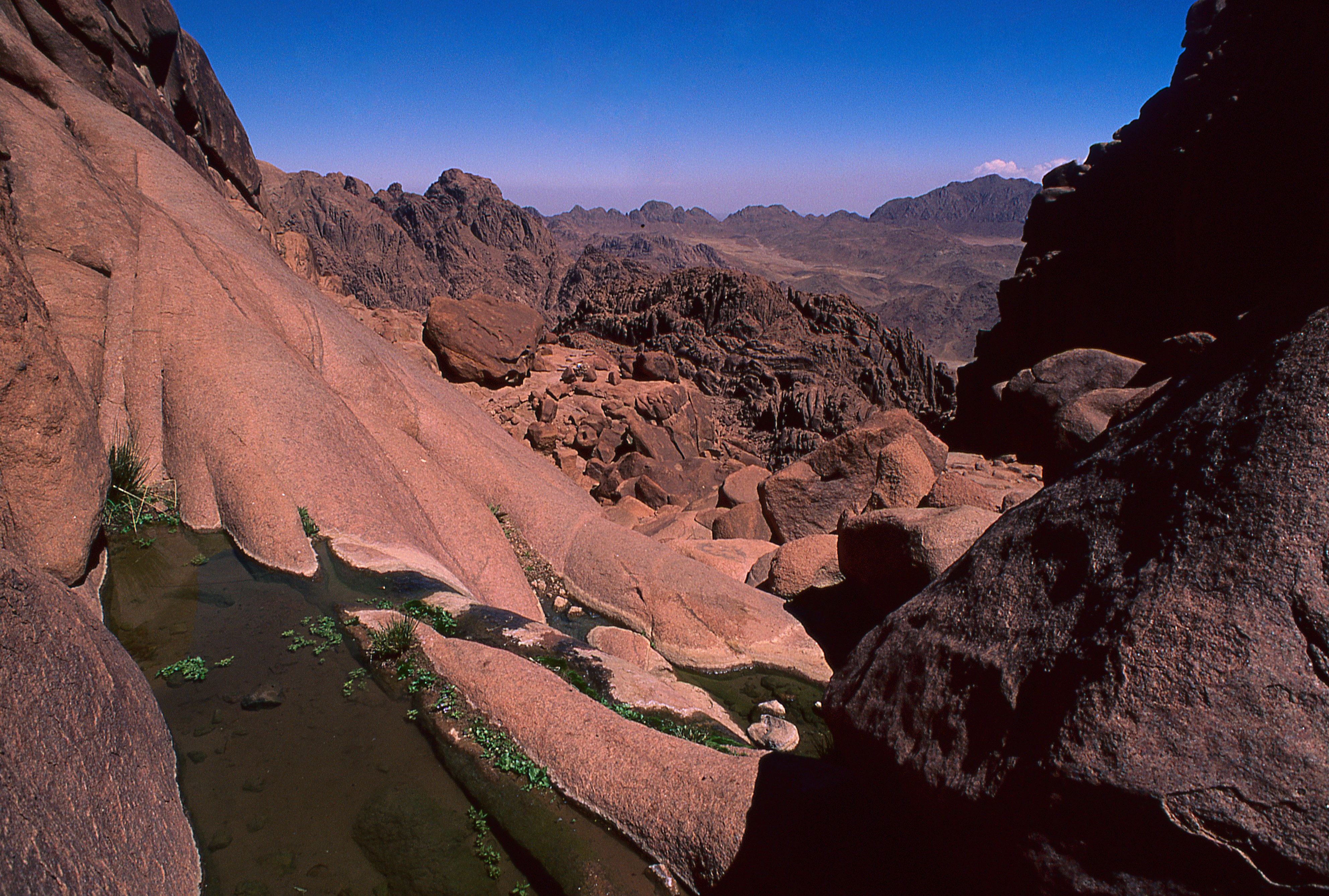 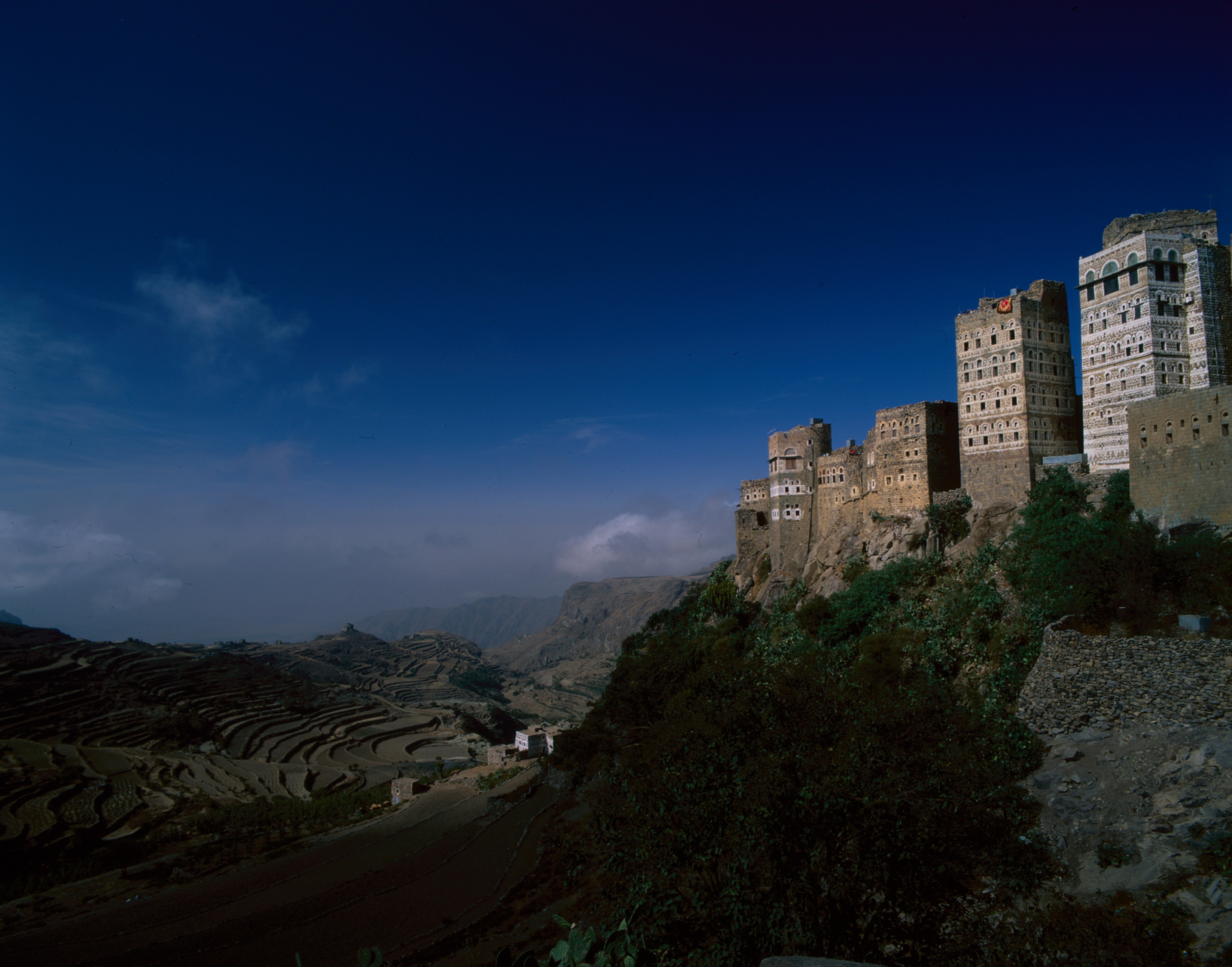 Taylor’s photos show the stunning beauty of Yemen in the 1990s, a sharp contrast to the international conflict of the present. Taylor’s photographs provide an informative record of the condition of heritage sites before the recent devastation and loss of human life. The city of Sana’a was recognized as a UNESCO World Heritage City in 1986, and the Old Walled city of Shibam, Hadhramaut, in 1982; both were added to the World Heritage in Danger list in 2015 (Marchand, 2017). 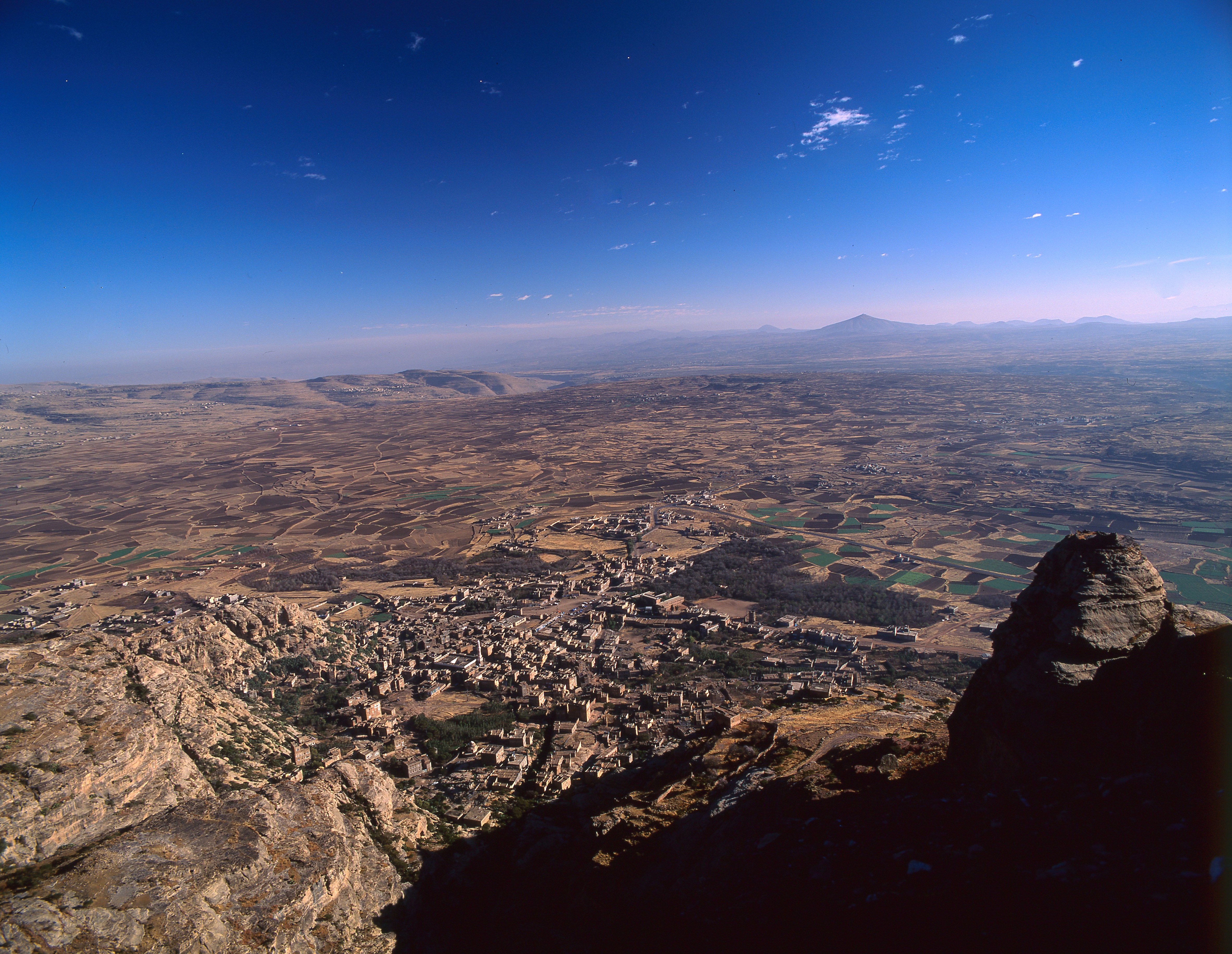 Shibam, near Sana’a, as seen from above in Kawkaban, Yemen, 1995. Photo from the Jane Taylor collection, courtesy of ACOR Photo Archive. 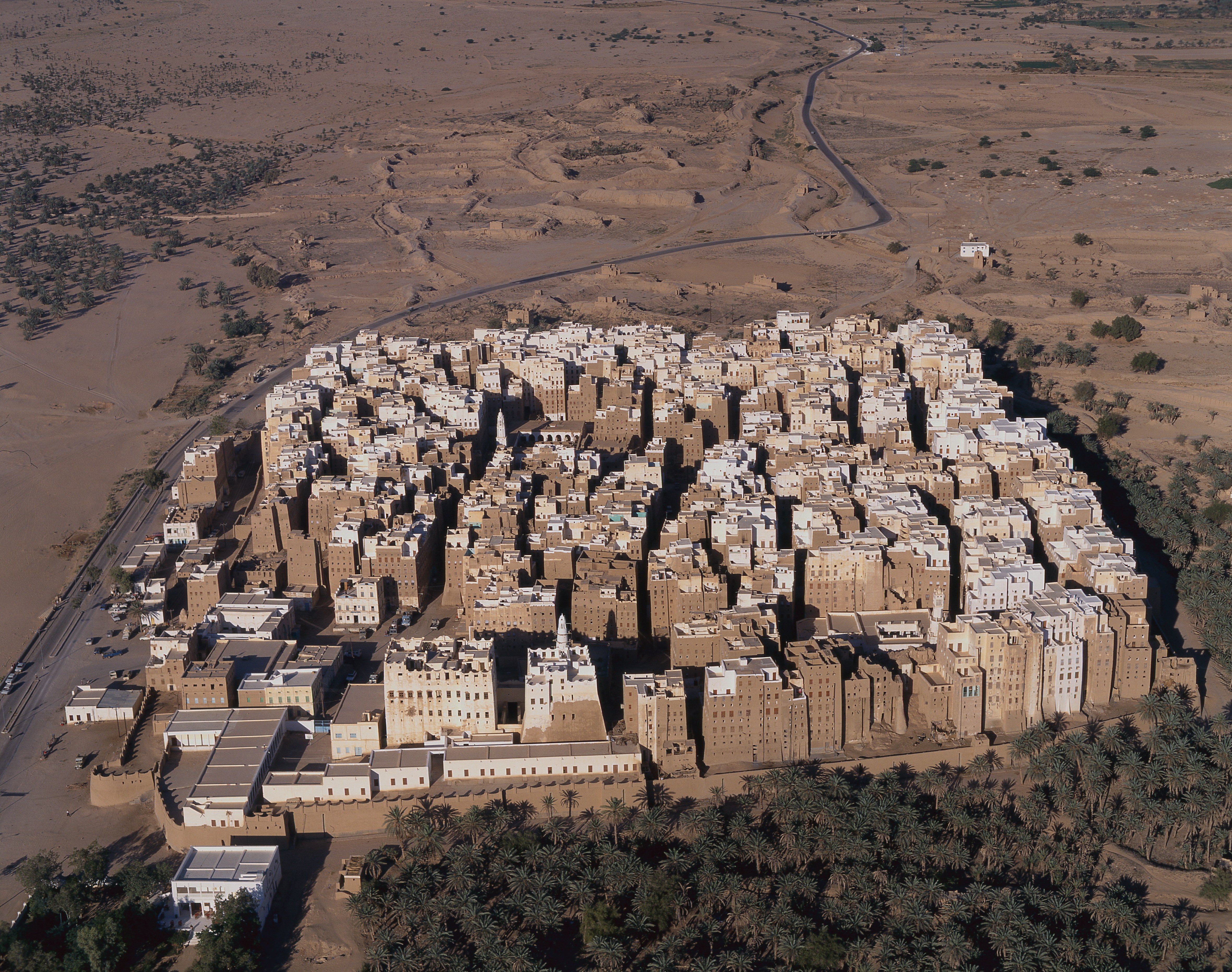 Alongside her cultural and community heritage, and landscape photography, Taylor also practiced documentary photography for UNICEF and other relief agencies, in April-May 1991 and January-February 1992, in Iraq, to record the effects of the war on the Iraqi people, and on particular the children. Taylor photographed similar scenes at the St. John Ophthalmic Hospital in Jerusalem in 1989. Due to the graphic nature of some of these images, they are available only upon request by researchers interested in relevant topics.

In reflecting on Jane Taylor’s photo collection, I have tried to emphasize the broadness of the scope of the collection, and the importance of making such an excellent source of visual knowledge accessible to the public. By conserving physical photographic collections, whilst digitizing and identifying each image and then publishing these online, ACOR Photo Archive is creating a resource which is essential for the research community, but more than that, stands a chance at resonating with the communities to whom the heritage is a landmark and focal point of their everyday lives. In a period when heritage and human life are often in danger of disruption, conserving heritage in an accessible way, makes it possible to save a memory of the cornerstones upon which identities are formed. The work that has gone into digitizing and uploading the Jane Taylor collection now shifts to another kind of knowledge production – that of a multitude of stories to be retold.

N.B. ACOR Photo Archive’s collection does not hold the entirety of Jane Taylor’s photograph collections. Some are held with Jane Taylor, and with her photography agent.

[8] Shatha Abu-Khafajah, ‘They are hiding it…Why do they hide it? From whom, and for whom?’ Community Heritage at Work in the Post-Colonial Context of Jordan’ in Suzie Thomas and Joanne Lea, (Eds.) Public Participation in Archaeology (The Boydell Press: 2014).

Prof. S. Thomas Parker, a giant in the field of Cl

The next issue of our newsletter (33.1) is now ava

Every Thursday this fall, we are excited to be

In 1971, three years after the center’s founding